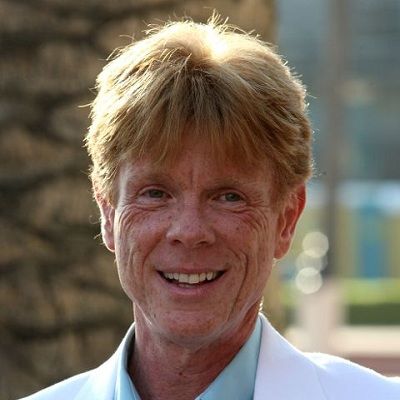 Who's the wife of Jon Walmsley?

Though they had one child, a daughter named Miriam Walmsley Wadick, the pair got divorced on 25 June 2008.

Moreover, he married second time with Marion Walmsley on 18 August 2008. There are no rumors about their separation.

Who is Jon Walmsley?

Jon Walmsley is a multi-instrumentalist, World-class guitarist, and vocalist. He is also a songwriter, actor, and producer.

He was born on 6 February 1956 in Blackburn, Lancashire, England. There is no information about his father, mother, and Siblings.

He belongs to American nationality. His ethnicity is Caucasian.

There is no further information about his Education, School/College University.

Jon is an expert in music and acting. He has made studio albums and performed on stage well. He has collaborated with countless music artists including Roy Acuff, Laurence Juber, John Mayall, Denny Laine, Spencer Davis, Peter and Gordon, Jackie Lomax, Roger Daltrey, and many more.

In addition to his musical career, Jon is also known for his accomplishments as an actor. His most notably a nine-season run as “Jason” on “The Waltons” from 1972 to 1981. Jon had returned for the reunion in the 1980s and 1990s. Furthermore, he creates the voice of Christopher Robin for Disney’s “Winnie-the-Pooh” cartoons.

He has many other roles in TV and films such as 7th Heaven, A Walton Easter,  The One and Only, Genuine, Original Family Band, Family Feud, and has also appeared on Good Morning America and The Today Show.

Though he has played different roles in different movies, there is no information that he has received many awards and nominations.

As per the sources of 2022, his net worth is $1M (Approx). However, his salary and other incomes are not disclosed.

Though being popular, this actor has managed to stay away from rumors and controversies. Till now he has not been associated with any kind of scandal.

Jon Walmsley has an average height and weight. He has hair in light brown color and blue color eyes.

His body length is about 5 ft 11 inches and his weight is about 75 kg.