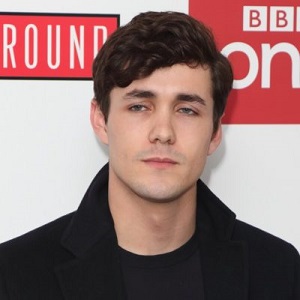 What is the relationship of Jonah Hauer?

Jonah Hauer is possibly single. He likes to keep his personal information far from social media. He avoids question regarding his relationship status and affair.

He seems to be busy in his professional career and he might have not enough time to be in a relationship.

Who is Jonah Hauer?

Jonah Hauer is a British actor who is best known for his work in TV shows and movies. He became well recognized after his role of Luke Hammond in the movie ‘The Last Photograph’.

He is also popular for his performance in the movies like ‘Laurie Laurence’, ‘Ashes in the Snow’, and ‘Old Boys’.

How old is Jonah Hauer?

Jonah was born on May 30, 1995, in London, England. His birth name us Jonah Hauer-King and he is currently 27 years old. His mother’s name is Debra Hauer(theatre producer) and his father’s name is Jeremy King(restaurateur). Debra is from Great Britain and Jeremy is from America. He has not disclosed information regarding his siblings, and childhood.

He holds British citizenship and his ethnicity is Ashkenazi Jewish.

Talking about his education, he completed his education from Cambridge University and graduated from there with a First Class degree in Theology and Religious Studios in 2017.

Jonah was signed by an agent when he was performing at the Edinburgh Fringe. He started his career at the Lyric Belfast in Simon Stephen’s ‘Punk Rock’. Then, he performed his acting on stage and screen during his time at Cambridge University.

The British actor made his feature film debut from the lead role in Danny Huston’s ‘The Last Photograph’ which was premiered at the Edinburgh International Film Festival. After that, he made his appearance in ‘Ashes In The Snow’ alongside Bel Powley which was based on the novel between ‘Between Shades of Grey’ and ‘Old Boys’.

He debuted WestEnd in ‘The Entertainer’ playing as Kenneth Braghson’s son and later appeared in two BBC miniseries: ‘Howard’s End’ and ‘Little Women’. Then, he wrote and cited for the soundtrack for BFI’s ‘Podcast From London’ released in November 2018. Recently, he played in the lead in Sony’s ‘A Dog’s Way Home’ in January 2019 and in ‘Once Upon a Time in Staten Island’, alongside Naomi Watts.

Currently, he is filming Francois Girard’s ‘Song of Names’ and the BBC’s major new WW2 drama ‘World on Fire’.

Talking about his awards and nominations, he has not been awarded and nominated for his work. Hope, he will win in the future.

How much is the net worth of Jonah Hauer?

He has an estimated net worth of around $1-5 million as of 2022, and he has earned that sum of money from his professional carer.

The talented actor has not been in any types of rumors and controversies in his professional career.

Jonah has a height of 5 ft. 8 inches and he weighs 68 kg. Also, Jonah has got black hair and light brown eyes.

The Real Reason Why Disney’s Little Mermaid is Getting So Much Hate!