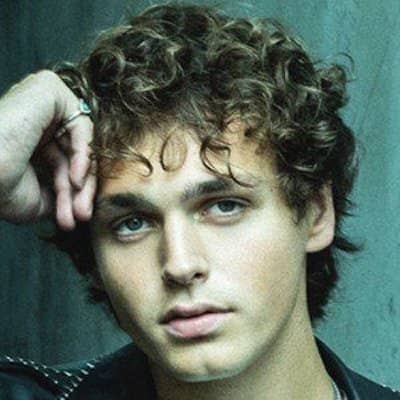 When you're in the middle of something challenging, it’s hard to see that anything positive can come from it. I’ve learned to trust that sometimes I can. To help ease the pain of what was going on in my life, I turned to music. I think that’s the biggest reason why I'm on a stage and not a baseball field right now. Some people may call it fate, but, to me, it’s more mystical. Music is magic.

Jonah Marais at present is possibly single. He has not provided the details of his current affair or girlfriend to the media yet.

He in the year 2014 dated Dani Cimorelli (singer). But this was a brief affair and ended shortly. Then for a year, he flung with another Singer-songwriter Alyssa Shouse.

They were seen together in 2014 but broke up in 2015. He posted a tweet saying that they are just close friends.

Jonah’s latest affair was with Tatum Dahl who is a model in 2018. The details of their affair were not disclosed. But in Feb 2021, he tweeted of being single.

Who is Jonah Marais?

Jonah Marais is an American singer and web star. He released his debut album in 2018 titled 8 Letters.

He joined the musical group Why Don’t We in the year 2016.

He was born as Jonah Marais Roth Frantzich on 16 June 1998 in Stillwater, Minnesota, United States. The name of his father is Tim Frantzich but his mother is Carrie Frantzich.

Jonah’s ancestry is Caucasian and has a brother, Zebulon Wilder Frantzich. He also has two sisters named Svea Frantzich and Esther Grace Frantzich

Talking about his academics, he has not disclosed the particulars.

Jonah Marais is an amazing and experienced singer. He is linked with a musical group Why Don’t We. Their first EP was released in the year 2016 When the Daylight’s Gone.

Then in 2017, two of their EPs came out, A Why Don’t We Christmas and Why Don’t We Just. Besides this, their debut single was 8 Letters. It was released in 2018 via Atlantic Records.

Moreover, Jonah has also sung songs like I Meant It, War Paint, and Next Ex-Girlfriend. Some of the songs from his musical projects are trust fund baby, lotus inn, be myself, look at me, and more.

At present, his net worth which is estimated is around $500k US. Also, his salary from his musical career is not yet revealed.

This singer is keeping himself away from rumors and scandals at present.

Regarding Jonah Marais’s body features, his height is 6 ft 1 inch and his body weight is 68 kg. He has blue eyes and his hair is in dark brown color.

Jonah is officially active on social networking sites and on Facebook, he has more than 11ok followers.

Also, his Instagram and Twitter accounts have gained over 2.1m and 901k followers respectively. He also runs a TikTok account that has more than 406k fans.