Jonathan Banks is an American actor. He is married and a father of three kids.

Jonathan Banks has been married twice in his life. His first wife was Marnie Fausch. They got married in September 1968 and divorced two years later in 1970. He got married for the second time in December 1990, with Gennera Banks. He has three children named Rebecca Elena Banks, Claudio Jon Henry Banks, and Joanna Rae Banks-Morgan. The name of his children’s mother has not been disclosed yet. Banks and Gennera have been married for 27 years now and their relationship is still going very well. 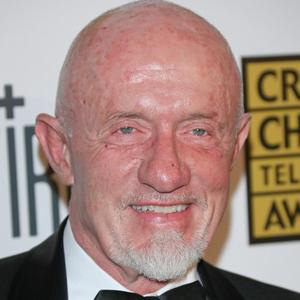 Forty-five years since I made my first paycheck, and I'm telling you that 'Breaking Bad' is as good as it gets

I grew up in Washington, D.C. Suffice to say, it was not a garden spot

I honestly do feel - and I hope I don't gag anybody if they read this - but I feel like I'm one of the luckiest people in the world.

Who is Jonathan Banks?

Jonathan Banks was born on 31 January 1947, in Washington, District of Columbia, USA. Banks is an American by nationality but his ethnicity is North American.

His birth name is Jonathan Ray Banks. He is the son of Elena Banks, who worked for the CIA and was a professor at Indiana State University.

He attended Indiana University Bloomington, where he was a classmate of actor Kevin Kline. Banks dropped out of the university to join a touring company of Hair as a stage manager. He also toured Australia with the Hair Company. In 1974, he moved to Los Angeles to pursue his career in theater.

Banks has been an active member in the industry since 1974. After moving to Los Angeles, he performed on stage before picking up bit parts on television. His first notable acting role was as Vince Gentry in an episode of the 1976 TV film Barnaby Jones. That same year, he appeared as Woodward in The Macahans.

His first big-screen movie was Coming Home, in which he played a minor role. He got his big break on television came in 1987 with the series Wiseguy, in which he played Frank McPike for four years. In 1981, he appeared as Dutch Schultz on the NBC series the Gangster Chronicles. Since then, he has starred in numerous movies and TV films. From 2009 to 2012, Banks played the character, Mike Ehrmantraut, in the series Breaking Bad, for which he won the Saturn Awards for Best Supporting Actor on Television in 2013.

Jonathan Banks: Salary and Net Worth

Moving Towards his body measurements, he has a good height of 5 feet 8 inches (1.74m). His eye color is blue. There is no information about his body weight and shoe size.