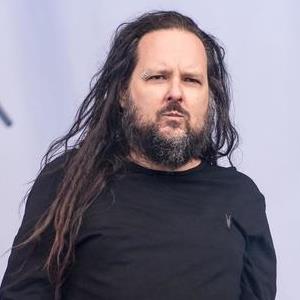 I have been on the road for so long that it has become my second home MTV, a day in the life of KoRn

"Mainly I discovered that I'm not afraid of death, but I'm afraid of dying too young

I want my son to bury me, and I want to be mummified and have my body put in the wall.

Who Is Jonathan Davis?

Jonathan is an American singer, musician, actor, producer, songwriter. Similarly, his real name is Jonathan Howsmon Davis. Likewise, he is well known as the lead vocalist and frontman of the nu metal band Korn. Whereas, his nickname is JD, J Devil.

Jonathan Davis was born in Bakersfield, California, the United States on January 18, 1971. He is the son of Rick Davis and Holly Chavez, his father was keyboardist for Buck Owens and Frank Zappa. Whereas, his mother was an actress and professional dancer. He has three siblings namely Alyssa, Amanda Chavez, Mark Chavez. He belongs to American nationality and mix (Scots-Irish- English-Welsh- German) ethnicity. His birth sign is Capricorn.

Talking about his education, he attended the San Francisco School of Mortuary Science. Then, he graduated from Highland High School in 1989.

Talking about her professional, since 1987, he started DJ while he was still in the high school under his alter-ego ‘JDevil’. Similarly, Davis band ‘Korn’ developed so they began to play gigs and got noticed while performing at Huntington Beach in 1993.

Similarly, his first album with his band ‘Korn’ was released in 1994, he titled it ‘Korn’ under Immortal/Epic Records. Likewise, the theme of the album was something close to Davis’ heart—child abuse and drugs. Since,1996-1999, Korn did ‘Life is Peachy (1996)’ which went double platinum in the States, ‘Follow the Leader (1998)’ which peaked at number one on Billboard 200 and ‘Issues (1999) which was promoted by the tour ‘Sick and Twisted’.

Korn took the help of ‘The Matrix’ to give itself a more mainstream popularity. Certainly, the gimmick worked out for them and the album was certified gold. Finally, the recent albums by Korn are: ‘Korn III: Remember Who You Are (2010)’, ‘The Path of Totality (2011)’ and ‘The Paradigm Shift (2013), which received positive critical reviews and their former guitarist Brian ‘Head’ Welch returned for this album.

Talking about his achievements and awards, he won Audience Choice Award (2012)

Jonathan Davis: Salary and Net Worth

On talking about his salary and net worth he earns the decent amount of salary but his net worth is around $ 50 million.

There was a rumor that, he was planning to release a new solo album in 2018 and will also tour in support of it. Currently, there is no rumors and controversy regarding him and his career.

Talking about his body measurement, Davis has a height of 6 feet 2 inches. Additionally, he weighs is unknown. In addition, his hair color is dark brown and his eye color is light brown.