Jonathan is an American actor and singer. he was also in a relationship with actor Zachary Quinto.

Jonathan Groff is gay in 2009, and Jonathan revealed he was gay. Then, he dated actor Gavin Creel from 2009 to 2010.
Whereas, from 2010 to 2013, he was also in a relationship with actor Zachary Quinto. He has been a close friend of actor Lea Michele since they worked together. 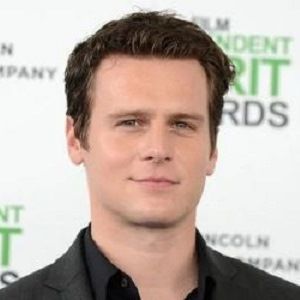 Don't let the world define you. In the world of acting, and I think in any profession really, people are really eager to put you in a box and categorize you as one particular thing. Make sure that you always follow your heart and your gut, and let yourself be who you want to be, and who you know you are. And don't let anyone steal your joy.

Without fail, there was at least one moment of every script where I would grab my hair and be like,'Oh, god, I can't believe I have to do that'. Most of is social anxiety and awkwardness.

Who is Jonathan Groff?

Jonathan Groff is an American actor and singer. He is well known for his role in the ‘Broadway production of the rock musical ‘Spring Awakening.’

Additionally, he made his ‘Broadway debut in the musical ‘In My Life’ and made his first appearance on the big screen as ‘Michael Lang’ in the drama-comedy film ‘Taking Woodstock.’ Similarly, he guest-starred in the musical comedy-drama ‘Glee’.

Jonathan was born in Lancaster, Pennsylvania, the United States on March 26, 1985, at the age (37). He is the son of Jim Groff (father) and Julie Groff (mother). His father was a horse trainer, and his mother was a physical education teacher.

He has a sibling namely, David Groff. He belongs of American nationality and mixed (English- German- Scottish) ethnicity. His birth sign is Aries.

In talking about his education, he attended Conestoga Valley High School’ in 2003 and he was planning to join ‘Carnegie Mellon University.’

On talking about his profession, in 2005, he appeared in the musical ‘Fame’ at the ‘North Shore Music Theatre,’ Beverly, Massachusetts, and earned his ‘Actors’ Equity Association card.

Likewise, he also made his ‘Broadway debut with the musical ‘In My Life’ by Joseph Brooks. Whereas, from 2006 to 2008, he also appeared in the ‘Broadway production of the rock musical ‘Spring Awakening with Lea Michele.

In fact, he guest-starred in the musical comedy-drama ‘Glee’ with his co-star and good friend Lea Michele in 2010. Likewise, he also made his ‘West End debut with the play ‘Deathtrap’ the same year.

Then, he also accords his voice to ‘Kristoff,’ one of the lead characters in ‘Disney’s animated feature film ‘Frozen,’ in 2013.

He was nominated for BTVA Feature Film Voice Acting Award for Best Male Lead Vocal Performance in a Feature Film for Frozen (2013).

There is no information regarding his income or salary. Whereas, his net worth is around $3 million as of 2022.

There was a rumor that he dated the Star Trek movie, Zachary Quinto. Currently, he is far from rumors and controversies.

On talking about his body measurements, Jonathan has a height of 5 feet 11 inches. Additionally, he weighs is 70Kg.

Jonathan’s hair color is dark brown and his eye color is green.

Also, read the affair, salary, the net worth, controversy, and the bio of  Chris Santos, Rahki, Idina Menzel