Actor-Musician Jonathan Jackson is married and a father of three. 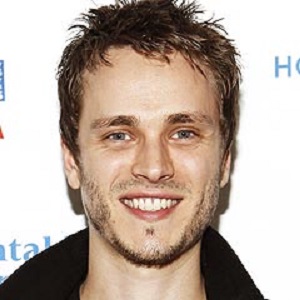 I've always been someone who's believed in truth. I believe truth exists. I don't believe in relativism, a 'your truth, my truth' kind of a thing. However, I also believe that the truth must always be spoken in love - and that grace and truth are found in Jesus Christ

That's what rock music is, I think - constantly searching for authenticity, and being as honest as possible

Exploring beauty and meaning for the life of the world

Jonathan is married to a Canadian actress, Lisa Vultaggio when he was 20. In 1999, the couple met each other for the first time on the set of General Hospital. Unlike other celebrity couples, their love affair hasn’t been through any dramatic consequences to likes of divorce or double-crossing.

Who is  Jonathan Jackson?

Jonathan Jackson is an American actor, author, and musician. He is popular for playing the character of Lucky Spencer in the soap opera, General Hospital.

Since 2012, he is playing the role of Avery Barkley in Nashville, a prime-time drama on ABC. Along with acting, Jackson also has been a part of the rock band Jonathan Jackson + Enation as the band’s lead singer and guitar player.

Jonathon Jackson was born on 11 May 1982 in Orlando, Florida, USA. His nationality is American and his ethnicity is mixed(English, German, Swedish, Norwegian, Finnish, Danish, Scottish, Scots-Irish).

In his early childhood, his parents enrolled him in Meadow Glade Elementary School and he later graduated at the age of 16.

In 1993, his family made a vacation to Universal Studios Hollywood. It was during the trip when both the Jackson brothers decided to pursue an acting career.

The brothers later joined the acting classes in Oregon before settling in California in 1993. The same year, Jackson made a breakthrough in his career as he got to play a major role in the ABC soap opera, General Hospital.

His first role as Lucky Spencer on the soap opera, General Hospital was from 1993 – 1999. He was nominated for the role of Lucky Spencer.

Jonathan made his movie debut from the movie “Camp Nowhere” in the year 1994. A year later he played the independent film True Rights.

In 2012, he got another role in the ABC drama Nashville as a singer and songwriter Avery Barkley. Apart from acting, he is also a member of the rock band Jonathan Jackson + Enation in which he performs as a singer and guitar player.

He has a net worth of $3 million. However, his salary is not revealed yet.

There is no such evidence that witnesses any controversies or rumors about his personal life. Yet he is often in the media for proclaiming youth abstain from premarital sex.

Jonathan Jackson has a height of 5 feet 7 inches and weighs 75 kg. He has brown hair and blue eyes. Furthermore, there are no details regarding his body measurements.