Jonathan Ke Quan is a Vietnamese-American actor. Jonathan is married. 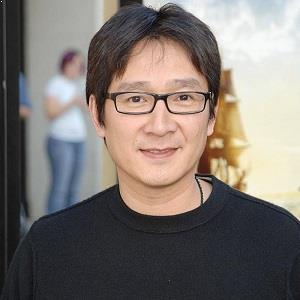 What is the relationship of Jonathan Ke Quan?

Jonathan Ke Quan is a married man. He is married to Corinna Ke Quan, who was also his girlfriend before they settled down to start a family.

It was rumored Quan had been dating Corrina for over 2 years prior to their marriage.

Who is Jonathan Ke Quan?

Jonathan Ke Quan is an American actor and stunt choreographer.

People mostly know him for his appearances in the 1980s Steven Spielberg productions of ‘Indiana Jones and the Temple of Doom’ and ‘The Goonies’.

Quan was born in Ho Chi Minh City, Vietnam on August 20, 1971. He was forced to leave his country when the Army of the Republic of Vietnam was defeated during the Fall of Saigon.

Later, his family was selected for political asylum and emigrated to the United States. There is no information about his parents.

He became a child actor at just age 12. He is of American-Vietnamese nationality. Furthermore, he belongs to Chinese ethnic background.

Talking about his education, he attended Mount Gleason Jr. High which was located in Tujunga, California and Alhambra High School which is located in Alhambra.

Quan initially starred as Harrison Ford’s sidekick Short Round in ‘Indiana Jones and the Temple of Doom’.

In 1985, he appeared in the TV short ‘Cyndi Lauper: The Goonies ‘R’ Good Enough. He also portrayed the role of Data in ‘The Goonies’.

Since then, he has appeared in numerous other movies and television series. All in all, he has over 10 credits as an actor.

Some other movies and television series that Quan has appeared in are ‘Second Time Around, ‘Red Pirate’, ‘Encino Man, ‘Tales from the Crypt’, ‘Head of the Class’, ‘Breathing Fire’, ‘Passenger: Sugisarishi habit, and ‘Nothing Is Easy’.

Additionally, he also has two credits as a stuntman, 1 credit as a cinematographer, and 1 credit as a producer. At present, he is a martial artist and working as a stunt coordinator. In addition, he recently worked with Jet Li.

He has also won the Young Artist Award in 1987 for ‘Together We Stand’ in the category of Exceptional Performance by a Young Actor.

Additionally, he has also garnered a nomination for Saturn Award.

It was announced that he had joined the cast of the TV adaptation of American Born Chinese for Disney+ in February 2022.

Quan has not revealed his current salary. However, he has an estimated net worth of around $1 million as of 2022.

Jonathan Ke Quan has successfully kept his life away from the mainstream media spotlight. To date, he has not been part of any notable controversies.

Talking about his body measurement, Quan has a height of 5 feet 4 inches (1.63 m). Furthermore, his hair color and eye color are black.

Tags : ‘Nothing Is Easy’ stunt choreographer The Goonies