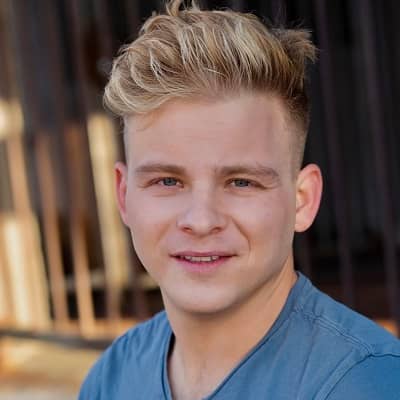 If you want to perform at your ultimate best, if you want to be the best you can be in sports and in school, mentally, physically - chiropractic is the way, because everything has to do with your nervous system.

Jonathan Lipnicki is currently in a romantic relationship with art director Karo Méndez. The couple started dating in the year 2018 and presently often posts pictures on their respective social media accounts.

In the early months of 2018, he dated the British beauty, Becca Mason. The duo starting dating after appearing together in the reality TV series, Celebs Go Dating. In March, Mason revealed that they ended their relationship with a mutual decision.

Who is Jonathan Lipnicki?

Jonathan Lipnicki is an American actor and producer. He is best known for his roles as a child actor in films like Jerry Maguire (1996) and Stuart Little (1999).

Jonathan was born on October 22, 1990, as Jonathan William Lipnicki. He hails from Westlake Village, California, U.S. He was born to Joseph Lipnicki (father) and Rhonda Rosen (mother).

His nationality is American and belongs to the Jewish ethnicity.

In 1996, Jonathan got his first film role as Ray Boyd, the son of Renee Zellweger’s character in Jerry Maguire. The same year, he starred in a recurring role of Justin Foxworthy in the television sitcom The Jeff Foxworthy Show. Following this, he got the main role as Alex Parker on the CBS television series Meego. He also guest-starred in an episode of Big Baby of The Single Guy as Rudy.

In 1998, he provided his voice for the character Baby Tiger fantasy comedy film, Dr. Dolittle. Further, he voiced in the 2016 film Arlo: The Burping Pig, and in the 2009 animated sitcom Glenn Martin DDS. He appeared in the season preview of Jamie Kennedy’s Blowin’ Up and When Zachary Beaver Came to Town.

Moreover, some of his notable films and television series are,

Moreover, he has been a speaker for the Breast Cancer Research Foundation, Pediatric Chiropractic, and Kids Day America/International. He works with animal rights groups such as Pets and their Stars and the Nutz for Mutts group.

During high school, Jonathan has been bullied because of his role in the film Jerry Maguire. In March 2017, he stated that he has battled severe anxiety and depression for years.

As of 2021, Jonathan has accumulated a net worth of around $5 million dollars. Further, he hasn’t disclosed his actual salary, assets, and other income in the media.

The actor has an impressive height with an athletic body physique. He is 5 feet 8 inches tall and his weight is about 70 kg. Further, he has blonde hair with blue pair of eyes.

The actor has a verified Instagram and Facebook accounts where he has more than 144k followers and 76k followers respectively. Thus, he is not available on Twitter.