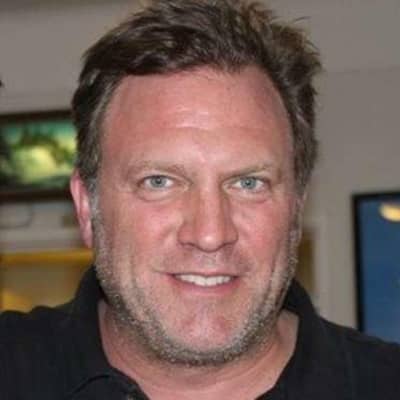 What is the relationship of Jonathan Loughran?

Jonathan Loughran’s relationship status at present is married. As per the sources, he exchanged vows with Kat Loughran on 28 July 2009.

Their wedding was a lavish ceremony where the bride wore a floral embroidered strapless gown and the groom wore a black tuxedo.

This couple is blessed with two children. Their daughter is Haylie Loughran but the name of their son is not revealed.

Who is Jonathan Loughran?

He recently played the role of Paul in a comedy movie 2020 The Wrong Missy.

His birth year in 1966 and he was born in the United States. But his full birth date along with the name of his mother plus his father is unknown.

Jonathan’s ancestry is Caucasian and regarding his academics, he kept the data secret.

Jonathan Loughran is a popular face of the entertainment world who has appeared in several TV plus movies. His debut movie was titled SexBomb which was released in the year 1989.

Moreover, he was briefly seen in TV shows like The King of Queens as Patrick, MKC: The Monster Killers Club as Walt P, and Mobsters as Jerry Giggles.

As of 2021, he has collected a net worth of around $1 million US. The per-year salary from his acting journey is yet to be calculated.

Jonathan Loughran’s height is 6 ft 1 inch and his body weight is average. In addition, his lazy eyes are grey and his hair is in light brown color.