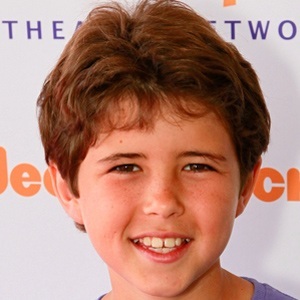 Cute and handsome Morgan is an unmarried boy. He has managed to keep his personal information so secret that nothing relating his past and present affair status is published.

Who is Jonathan Morgan Heit?

Jonathan Morgan Heit is an American actor. He is extremely prominent for her role in Jake and the Never Land Pirates (2011), Bedtime Stories (2008) and Date Night (2010). He has made a recognizable position in American acting field at a very young age.

Morgan was born to Melissa Segal and Jay Heit on July 16, 2000, in California, U.S.A. His nationality is American and belongs to Ashkenazi and Jewish ethnicity.

There is no accurate information published regarding Morgan’s educational status.

Morgan made his professional acting debut in the year 2006 and appeared in one episode of T.V series “Close to Home” as; Frankie Waters’. In the same year, he appeared in TV soap opera’s “General Hospital” as ‘Little Boy’.

At the initial phase of his career, he appeared in several minor roles in several T.V series including “Holly and Hal Moose: Christmas Adventure”, “Bedtime Stories”, “Monk”, etc. In 2011, he worked as a voice actor in series “Jake and the Never Land Pirates” in a total of 90 episodes. In 2013, he appeared in a T.V series “Granite Flats” as ‘Arthur Milligan in the main character for which he received huge positive responses and reviews from fans and viewers. He hasn’t won any awards so far in his career yet; however, he is working hard to make stand himself on the front line.

Jonathan Morgan: Salary and Net Worth

Currently, there are no drastic rumors regarding Morgan’s personal and professional life. It seems like he is doing the best job without harming others for which he hasn’t been a part of controversy yet

Jonathan has a height of 5 feet 8 inches. His body weight is not known. Besides these, he has brown hair and dark brown eyes.