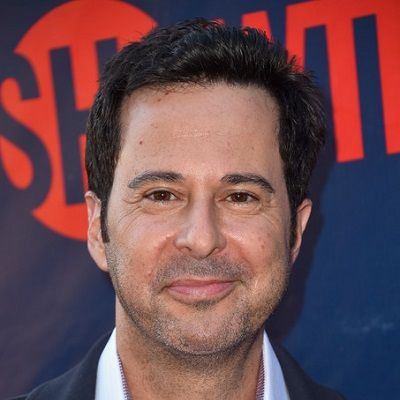 ''I don't want to make any judgments, and I don't want to preach, but I'm hoping that marriage can work: that when people do fall in love, when people do find their soul mate, everyone sticks to it. It has the potential to be a very powerful thing, marriage.'' ''I would like to think that monogamy works: that once you make that vow, that decision in your life to stay committed, you actually get to keep that promise

you get to keep that commitment. I think that once you start to lose that, once you start to wonder, even emotionally - especially emotionally - your relationship is bound to get lost.'' ''The original 'Caddyshack' with Chevy Chase and Bill Murray is one of the best comedies ever made.'' ''I'm a native of L.A. I've seen the city change and develop over time, and I still believe there's no place like home.''

Jennifer is a Canadian actress.

The two met at a barbecue in 2004. They immediately fell in love and engaged to her in 2004. He and Finnigan have a daughter, Ella Jack, born in September 2017.

Who is Jonathan Silverman?

Jonathan Elihu Silverman is an American actor, director, and producer.

Born in a Jewish family, he is the son of Devora Silverman (mother) and Hillel Emanuel Silverman (father). His mother Devora was a rabbi, a teacher of the Torah (in Judaism).

He is the grandson of famous Conservative Rabbi Morris Silverman.

Silverman once revealed he thought he was going to wait tables after high school graduation.

Silverman debut acting was in TV series E/R in 1984.

Later he appeared in many TV series, Gimme a Break, Caroline in the City, The Single Guy, Arliss, Miss Match, Free for all, CSI: Miami, Related, White Collar, Monday Morning and K.C Undercover to name few.

In 1995, he made a guest appearance on Friends in the episode “The One with the Birth” as a school friend of David Schwimmer.

He has done voices for animated series Aaahh!!! Real Monster and, Kim Possible.

In addition, he is credited for appearing in TV movies like Challenge of a Lifetime, Travelling Man, For Richer, For Poorer, 12:01, Couples, Sketch Artist II: Hands That See, Made, Miss Miami, Crazy Love and soon.

Silverman has also produced TV movie The Inspectors 2: A Shred of Evidence and  Self Storage.

In 2012, he was executive producer and director for the Another Dirty Move.

In 2004, Silverman was a participant in the first-ever US television advertising campaign which supported donations for Jewish federations. The program featured film and television personalities celebrating their Jewish heritage and promoting charitable giving to the Jewish community.

How much does Jonathan Silverman earn?

At the age of 53 years, Silverman’s net worth is $3 million. He earned the money being a professional TV Actor.

The 53 year old actor is 6 feet and 1 inch tall. He has dark brown eyes and dark brown hair.

You may also know about body measurements, net worth, and career of David Henrie, Dave McCary, and Glenn Plummer.