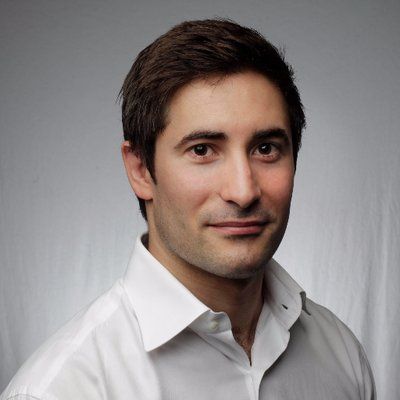 The reporter was dating  Betsy Woodruff since 2014. Betsy is also a recognized American reporter and works for The Daily Beast. The couple has just engaged and is planning to get married soon. They shared a lot of pictures together on their social media profiles. And there seems to be much love between each other.

Who is Jonathan Swan?

Jonathan Swan is widely known as an Australian journalist. Now he works as a national political reporter for Axios. Moreover, he has also covered the current US president Donal Trump presidency before.

Jonathan Swan was born on 7 August 1985, in Australia. His father’s name is Norman Swan who works as a journalist, radio personality, and television broadcaster.  He grew up in a Jewish family. And the information about her mother is unknown. He has two sisters, Georgia Swan, and Anna Swan in his family. There is not much information about his childhood and education.

Swan started his career reporting for local websites and news channels. After working there for some time he gets chance to work as a national political reporter for Axios, founded by Mike Allen and Jim VandeHei. Then his career takes a turn over and he was also well known by a lot of people.

In the year 2014, he wins the American Political Science Association Congressional Fellowship. Then he moved to America. No sooner in 2015, he joined The Hill working as a national political reporter in Washington D.C. Then he started to earn fame. Furthermore, he worked as a reporter for both the Republican and Democratic side. Working there he covers the news of Steve Bannon‘s annexation from the White House.

Jonathan focused his career when he brings out the stories related to LGBT issues. In 2013, he has documented an article titled Anti-gay rights. It focused on and prefer the equalization to Gay rights. Bring out this topic make him earn more fame too. And he also interviewed with the Gays Rights sympathizer, Mel Heifetz. It is published in The Hill in 2016.

He was working nicely and always receives appreciation. Likewise, in 2018, he was the first reporters who covered President Trump’s ending of DACA. It was established by the 2012 Obama Administration- founded by former president Barack Obama.

Besides all of this, Jonathan has made his appearances for the Morning Joe, Special Report with Bret Baier, Hardball, and PBS News Hour.

Though he was able to build a successful career and receives appreciation for his work. He hasn’t received any of the awards yet.

Jonathan Swan: Salary and Net Worth

The Australian reporter earns an average salary of $52,872 annually. And his net worth is estimated to be $500 thousand. And some also claim to be around $2 million. But the exact amount is unknown. His wife, Betsy Woodruff is also a Journalist and earns an average salary of $70 thousand. And the couple lives a rich lifestyle together in an expensive house resides in Washington D.C.

There are no any rumors about her personal and professional life. She maintains a private life out of social media when it comes to her personal matters.

He is 5 feet and 10 inches tall but his weight is not revealed. His skin is fairly white. His hair color is light brown and the eyes are black.

He is active on different social media platforms. He has his account on Twitter with more than 161K followers. Likely, he also has more than 3K followers on his Facebook page.