Jonathan Togo is an American actor. 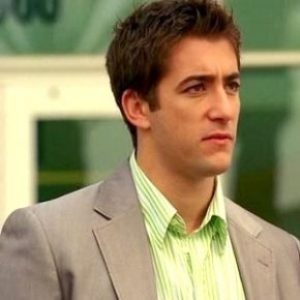 The odds are so against you... They make like 50 pilots. Of the 50 there are parts for you in 20, and of those 20 there are 1000 guys auditioning for those 20 parts and 10 of them go to names, and of those pilots five go to air and one survives past the first year. So to get on a show as good and as successful as CSI: Miami, to be part of the franchise, is astonishing. I feel extremely lucky.

He was tied in a marital relationship with Diora during 2013, but, unfortunately, they divorced in 2016. They had one child from this relationship.

Thus, Togo is currently married to an actress Baker Lim. They exchanged vows on 17 Jan 2019.

Who is Jonathan Togo?

Jonathan Togo is an American actor who is immensely famous for his work as an actor in ‘CSI: Miami’ playing the role of Ryan Wolfe.

Jonathan Togo is also known for writing and directing a Web series ‘My Best Friend is My Penis’ for Atom.com.

Jonathan Togo was born to Sheila, a housewife and former visual merchandiser, and Michael Togo, a commercial artist and graphic designer in Rockland, Massachusetts, United States of America.

He was born on August 25, 1977. and was raised by her parents in the same place where he was born. His nationality is American and his ethnicity is Italian, Irish, and Ukrainian-Jewish.

From the very early age of life, he was interested in acting and wanted to know the ins and outs of the acting world. So, he attended Vassar College, where he studied B.A. in theater and continued his studies at the ‘National Theater Institute of the Eugene O’Neill Theater’.

Earlier, he attended Hebrew school and then moved to Rockland High School wherein, he graduated in 1995. During his days at Vassar College, he was a member of the band “The El Conquistadors” along with Sam Endicott and John Conway.

Jonathan Togo initiated his career as an actor in some of the plays like ‘Our Country’s Good’ which was followed by her breakout role in the ‘CSI: Miami’ portraying the role of ‘Ryan Wolfe’. Along with his role as Ryan Wolfe, he also played in some of the Television series like ‘Special Unit 2′, ‘Judging Amy’, etc.

Apart from his career as an actor, he also worked as a writer and director for the web series ‘My Best Friend is My Penis’ for the purpose of uploading it in atom.com. He also played the role of Derek in the Television series “Cast: The Continuing Chronicles of Derek Riffchyn, Greatest Casting Director in the World Ever”.

Moreover, there was good news for Togo that he was announced as the cast member of ‘Covert Affairs season 4’. Thus, with the help of his talents and appearances, he has a net worth of $8 million.

He was arrested for domestic violence in 2009 when he turned violent with his girlfriend. He was later released on a bond of $ 50000.

Jonathan Togo is 5 feet 9 inches tall with a weight that is not known. He has brown hair and hazel eyes.