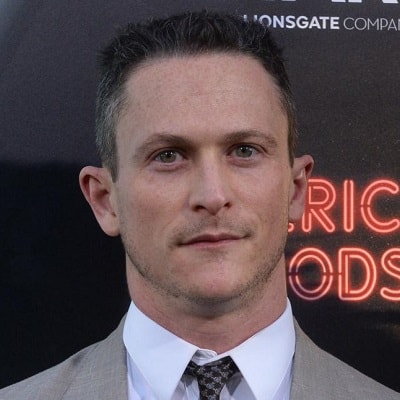 You can be drinking the wine today, but picking the grapes tomorrow.

I'm not looking to be famous, but I want a body of work and a moral character that is deserving of fame.

I think Ermey taught us that you come up to a set for like two weeks and steal the show. The guy did such an amazing job. He just carved out his character so vigorously and I was like 'Wow, this guy is great!'

Jonathan Tucker is a married person. He has been married to his longtime girlfriend Tara Ahamed since June 16, 2012. Tara is the daughter of Pulitzer Prize-winning historian Liaquat Ahamed. This couple is blessed with twin boys born on May 15, 2019.

They all are currently living together and spending quality time with each other.

Who is Jonathan Tucker?

Jonathan Tucker is an American actor who is best known on for his roles in the films ‘The Virgin Suicides’, ‘Hostage’, ‘In the Valley of Elah’, and ‘The Ruins’.

He was born on May 31, 1982, in Boston, Massachusetts, USA. His birth name is Jonatha Moss Tucker and he is currently 37 years old. His mother’s name is Maggie Moss and she is a public relations and marketing analyst and executive.

Jonathan’s father’s name is Paul Hayes Tucker, a professor of art at the University of Massachusetts Boston. He has a sister named Jennie Tucker.

Jonathan holds American citizenship and his ethnicity is a mix of Ashkenazi Jewish, Irish, English.

He attended The Park School and later joined Boston Ballet and then The Thacher School in Ojai, California.

He was awarded Yping Hollywood Award for Standout performance in 2008. Also, he was nominated for DVDX Award in the category Best Performance in a TV Movie or Pilot – Leading Young Actor for ‘Mr. Music’ in 2000, etc.

He must have earned a huge sum of money from his professional career. However, he has not revealed his exact net worth, salary, and income. But some sources have estimated his net worth at around $1.5 million.

Jonathan has been successful in keeping himself far from rumors and controversies in his personal and professional life.

Jonathan Tucker stands a height of 5 ft. 10 inches and he has green eyes and light brown hair. But, other information regarding his weight, shoe size, dress size, etc. are not available.