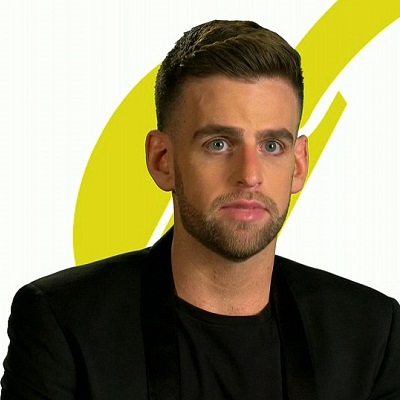 The relationship status of Jonny Drubel is currently engaged. He has exchanged rings with his boyfriend named Nicolas Bijan.

He has opened about his physical-orientation on-live TV and revealed that he is gay.  He is usually spotted with Nick DiPalo but neither of them has confirmed their relationship.

Previously, he revealed that he parties a lot and gets along with many hot guys.

Johnny Drubel is a reality star. He is aspiring jazz and pops singer-songwriter. Jonny Drubel is well-known as a feature cast on E!’s reality series Rich Kids of Beverly Hills.

At present, he is working as an advisor in the travel industry.

He was raised in Hanover, New Hampshire before moving to Los Angeles, California. his ancestry is British-Irish.

He studied music from the vocal coach Seth Riggs.

He started writing music after receiving suggestions from Seth Riggs. After that, he was approached by many other artists to write songs for them.

He worked on many projects with publishing houses, producers, and artists, ultimately landing Drubel a publishing deal.

Likewise, he signed a publishing deal, and songs he has written have been performed on MTV, CBS, and VH1.

His songs have a classical sound that is infused with pop touches.

He is one of the casts of the reality series Rich Kids of Beverly Hills. Presently, he is working in the travel industry as an advisor.

Jonny was told that his recent lover had tested positive for HIV due to which he had a terrifying HIV scare during Sunday’s season premiere of Rich Kids Of Beverly Hills.

He received the text from an LGBT center warning him that his lover has the virus. He was so terrified that he took a test however it was HIV negative.

Jonny Drubel has dark brown hair and hazel eyes. He is 5 feet 11 inches tall and weighs around 79 kg.