Joo is a South Korean actor and performer. Joo Jin-mo has been linked with Chinese actress Zhang Li. 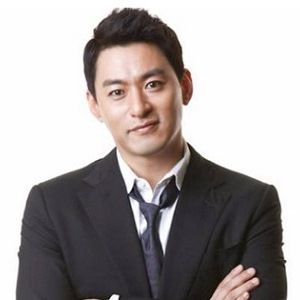 Joo Jin-mo has been linked with Chinese actress Zhang Li, but currently, there aren’t any reports on what is actually going on between the rumored couple.

Who is Joo Jin-mo?

His birthplace is Seoul, South Korea, and birthdate is on  August 11, 1974. He is currently 44 years old. Unfortunately, there is no information regarding his family and his childhood. It is under review.

There is no information about his siblings. Joo holds South Korean citizenship but his ethnicity is unknown. His birth sign is Leo.

He has attended the University of Incheon to study Physical Education but dropped out to study Film and Art at the Chung-Ang University.

His portrayal of a disdain lover in the romantic drama got him a lot of attention from Korean and overseas audience. During 2000, he also appeared in KBS2’s show, ‘Look Back in Anger’ and acted in another movie titled, ‘Real Fiction’ which was shot in just 3.5 hours without any retakes. Similarly, from 2004 to 2005, Joo was part of the historical drama series, ‘Bichunmoo’ (Dance in the Sky).

During  2005, he starred in SBS’ hit show, ‘Fashion 70’s’ with Lee Yo-won. During 2006, he starred in ‘Puzzle’, a movie about a bank robbery gone wrong. He also became part of the TV series, ‘Queen of the Game’. During  2007, he starred in the gangster romance, ‘A Love’ along with Park Si-Yeon. On the following year, he starred in the controversial movie, ‘A Frozen Flower’, which was about a love triangle between a homosexual Goryeo King, his Queen, and the Royal Guard.

During 2009, he returned to television with SBS’ series ‘Dream’in which he played a sports agent to a K-1 fighter. Likewise, in 2010, he appeared in ‘A Better Tomorrow’ along with Son Seung-Yeon.  During 2011, he sang ‘Like Rain, Like Music’ by late singer Kim Hyun-Sik during his first fan meeting in Japan. During 2012, he returned to the silver screen with his portrayal of a 19th-century con man in ‘Gabi’.

Similarly, in  2013, he starred in the Chinese TV drama, ‘Flowers in Fog’ which was based on a novel by Qiong Yao. The series was shot in France. He starred in another historical drama, ‘Empress Ki’ in which he played a character based on King Chunghye. He went back to the theatre in 2015 with the staging of Margaret Mitchell’s classic, ‘Gone With the Wind’. Moreover, in 2016, he appeared in MBC network’s ‘Woman with a Suitcase’. In 2017, he starred in OCN’s drama, ‘Bad Guys: City of Evil’.

On talking about his salary, net worth. His salary and net worth are disclosed.

Joo hasn’t been linked to any known controversy, rumors, and legal issues. He is far from rumors and controversies.

Joo has a height of 5 feet 11 inches. Additionally, he weighs is 59Kg. Joo’s hair color is black and his eye color is brown.

Also, read the affair, salary, the net worth, controversy, and the bio of  Ha Jung-woo, Ju Ji-hoon, Kim Soo Hyun.