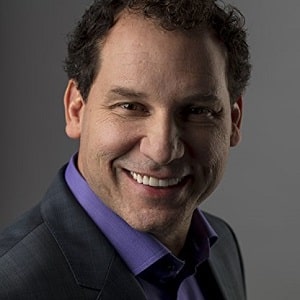 “I knew I was lucky to have two passions, and twice as lucky that I was good at both. Of course, during that time, the most important thing to me was what is on every teenage boy's mind: girls. I knew both would get me girls but only one would provide me a life of zero injuries. So, I went with film instead.”

“Once I'm done speaking with my actors, I put the camera on my shoulder and say 'Okay, let's roll, let's go to life.”

“I like to make a movie, that's basically my mode of expression, and improve became a great tool for me to learn more about actors.”

Jordan Alan is a married person. He has been married to Amanda Righetti since April 29, 2006. The couple has welcomed a son, Knox on January 10, 2013. They met in 2005 and began dating since then. This couple is currently living together and is enjoying their married life.

Who is Jordan Alan?

Jordan Alan is an American film director-producer and television-commercial director who is popular for ‘Terminal Bliss’ in 1990, ‘Gentleman B.’ in 2003, and ‘Cats Dancing on Jupiter’ in 2015.

He was born on May 24, 1967, in Bayonne, New Jersey, USA. His birth name is Jordan Alan Schimmel and he is currently 51 years old.

He was producing comic strips for a local newspaper at the age of nine and after a year, he began making films. His films are often compared to the honest portrayals of indie films created by Andy Warhol and Paul Morrissey.

He scored high in early abstract reasoning exams and was placed into a visual arts program at a young age.

He took training to be a professional ice hockey goalie in his youth and played with Jerry Bruckheimer’s skate once a week. This film director holds American citizenship but his ethnicity is unknown.

Jordan Alan has attended professional hockey school in Vancouver, BC at the age of 12. He had a dream to become a professional goalie and play in the NHL one day since his childhood.

He debuted his career from the film ‘Terminal Bliss’ in which he wrote and starred a pre-90210 Luke Perry.

His other films include ‘Kiss & Tell’, ‘The Gentleman Bandit’, and ‘Cats Dancing on Jupiter’ in which he starred his wife, Amanda Righetti. Also, he has shot commercials for clients like Invisalign, 1-800-USA-EYES, LA Sight Laser Center, LA Solar Group, etc. Also, he is working for the film ‘Deconstruction Red’.

Jordan Alan has an estimated net worth of around $400,000 and he has earned that sum of money from his professional career.

It seems he likes to keep his personal information within himself and does not want to harm others. So, he has not been involved in any types of rumors and controversies in his career.

Jordana Brewster and her healthy lifestyle tips! Learn it here!