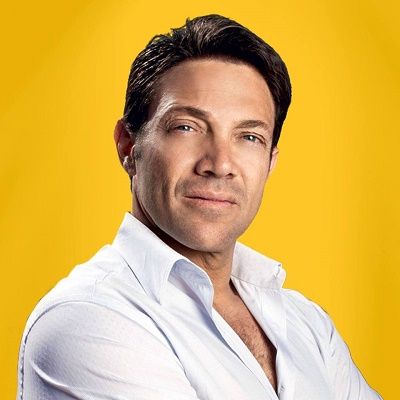 You don't choose who you fall in love with, do you? And once you do fall in love - that obsessive sort of love, that all-consuming love, where two people can't stand to be apart from each other for even a moment-how are you supposed to let a love like that pass you by?

Jordan Belfort is currently engaged to his longtime girlfriend Anne Koppe in 2015. Previously, he was married twice. His first marriage was with Denise Lombardo (m. 1985-div.1991), his second marriage was with Nadine Caridi (m.1991-div.2005).

Belfort has a son, Carter, and a daughter, Chandler with his second wife Nadine.

Who is Jordan Belfort?

Jordan Belfort is an American author, entrepreneur and motivational speaker. He is popular for the memoir The Wolf of Wall Street which was later adapted in a film with the same name.

This author was born on July 9, 1962, in New York, the United States with the birth name Jordan Ross Belfort. His father’s name is Max and his mother’s name is Leah, who are both accountants.

He has a brother named Robert Belfort. Jordan is from a Jewish family. He is of All-American descent.

Jordan graduated from American University with a degree in biology. Later, he attended the University of Maryland School of Dentistry and dropped out without completing the course.

From a very young age, Jordan Belfort was blessed with the talent of a good salesman. In the ’80s, he operated seafood and meat business but it had to be closed because the company lost money.

Later, in 1987, he started selling stocks. When Jordan commenced his work in a brokerage firm, he put his selling expertise to use in a different field altogether. Belfort learned the intricacies of being a stockbroker.

Jordan started running his own investment company called Stratton Oakmont. In 1992, The United States Securities and Exchange Commission claimed that the company had been manipulating stock prices and defrauding investors. Later, this entrepreneur was out of his scheming brokerage business.

Belfort gives credit to his friend Tommy Chong for his present career as a motivational writer and speaker as Tommy encouraged him to pen down his experiences as a stockbroker.

He is known as the finest motivational speaker and popular for his writings that get featured in several major magazines and newspapers worldwide.

This author conducts seminars in different parts of the world and is also been serving as a consultant in over 50 public companies.

The newspapers and magazines that featured Belfort’s column are ‘The New York Times’, ‘The London Times’, ‘The Herald Tribune’, ‘Forbes’ and ‘Business Week’.

When Jordan was the CEO of Stratton Oakmont, he received around $80,000 from seminar fees. He earned around $30,000 as a motivational speaker.

Meanwhile, according to some sources, the estimated net worth of Belfort in 2020 is $2 million.

Jordan pleaded guilty to fraud in 1999 for earning millions of dollars illegally from his stockbroking firm. The United States Securities and Exchange Commission claimed his company Stratton Oakmont had been manipulating stock prices and defrauding investors.

Court asked him to pay back $110.4 million which he had swindled from several stockbrokers and was 22 months in prison. Belfort’s ex-wife Nadine claimed of domestic violence which was fueled by his problems with drug addiction and infidelity.