Jordan Cephus is in the limelight as the son of Offset.

The 11 yrs kid is at a young age to be in any relationship as of now.

Jordan is now living his life growing up. He maintains a good relationship with his siblings and is spending time together. 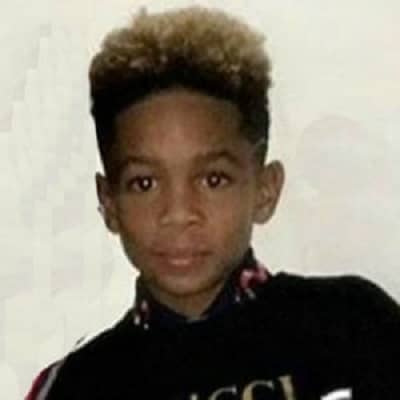 Who is Jordan Cephus?

Jordan Cephus is a celebrity child and a media personality. He is also more popular for being the son of rapper Kiari Cephus, a.k.a. Offset.

The celebrity child was born on 18 November 2010 in Los Angeles, California. He is of Afro-American descent.

His parents are Kiari Kendrell Cephus and Justine Watson. Kiari is a popular American rapper and songwriter. His parents weren’t married and they get separated a couple of years after Jordan’s birth.

He is the oldest of his half-siblings. Jordan has three siblings: Kodi Cephus, Kalea Marie Cephus, and Kulture Kiari Cephus.

He is currently studying his school education. However, its details are not provided.

Jordan’s mom Justine revealed that Kiari does not pay upkeep for the child and also took it to the court. Moreover, she accused Kiari of not being involved in his son’s life or paying his medical and education bills.

After this matter was mentioned, no sooner did it gain the spotlight upon Jordan. The public became more curious about the twists and turns of Offset’s life. It was just the time the pop star has also proposed Cardi B after a live performance.

Kiari denied the accusations. But after the paternity test was done, it was confirmed that Offset was Jordan’s biological dad. At the same time, his new girlfriend’s now-wife, Cardi B was also expecting a child with the rapper.

But as soon as the confirmation news, Kiari was seen building a good relation with Jordan. He has also been featured in his dad’s album cover. They also attend various occasions together. Similarly on the other hand Cardi B is also seen celebrating two of Jordan’s birthdays.

As of now, Jordan is just studying and hasn’t started his career. Looking at his interest in his dad’s work, we can say that he may follow in his dad’s footsteps of becoming a musician.

Jordan doesn’t earn by himself. Nevertheless, he is having a luxurious life growing up in a celebrity family.

Jordan hasn’t been part of any such rumors or controversies yet.

However, his father Offset gets into controversy in April 2015. He was arrested along with other 12 coworkers of Migos after taking marijuana and firearms.

Again in the year 2016, he was caught driving without a proper license.

Jordan stands with a height of 4 feet as of now. The celebrity kid will surely be growing up as per his age.

Similarly, he is adorable and handsome with black colored hair and eyes.

The celebrity child isn’t active on any social media sites as of now. His photos are sometimes seen on his dad’s Instagram although.

You may also read the bio of Aaren Simpson, Sasha Hemsworth, Tristan Hemsworth, and Qubilah Shabazz.

How old is Jordan Cephus?

Does Offset have a kid?