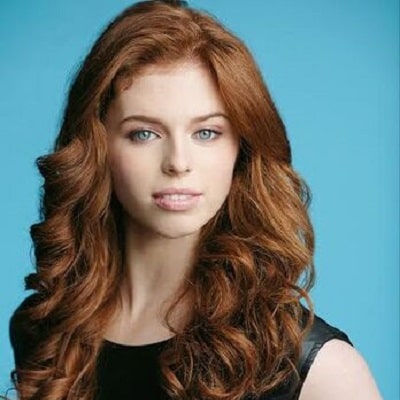 However, she has mentioned her possible boyfriend time and again on her Twitter posts. On a tweet posted on 15th March 2011, she wished her boyfriend on his birthday, but she didn’t state his identity.

Also, she tweeted on a 13th June 2011 that she picked her boyfriend from the airport.

Moreover, on a tweet dated 2nd January 2011, she even mentioned vague details about her pseudo husband.

Who is Jordan Clark?

Jordan Clark is a Canadian actress, dancer, and choreographer.

Jordan is best known for her role as Giselle in the Family Channel series, The Next Step.

Jordan is the third of five children. She has three sisters, Dakota Clark and Madison Tainsh. Madison is a dancer and dance teacher and one of her sister’s name is unknown. Her younger brother is Darcy Tainsh.

Jordan was interested in dance from a young age of five, she used to practice and perform at home.

Jordan is very close to her family and shares photos with her family members in her social media timeline.

Jordan started her career as an actress performing in TV movies like Spy: Blog Wars and Camp Rock 2: The Final Jam.

However, her dance passion was always dominating her acting. So, she participated in the fourth season of So You Think You Can Dance Canada in 2011 and was crowned the winner.

She has been renowned as a successful dancer, choreographer, and actress with credits in several projects.

She has an estimated net worth of around $400k USD and as a Canadian actress, she earns around $40,000 CAD per annum.