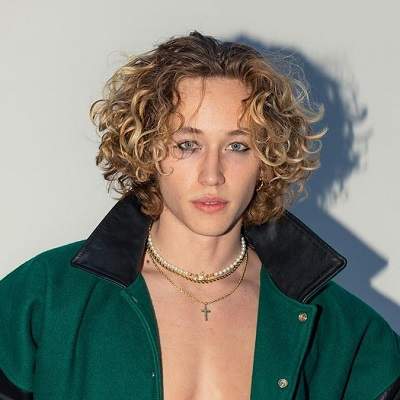 Jordan Huxhold’s current relationship status is single. To date, he has not introduced anybody as his girlfriend or lover.

Also, he has not shared any details on his previous relationship and dating history. His Instagram post suggests that he loves sports. Back in 2018, he shared a picture of skydiving.

Who is Jordan Huxhold?

American Jordan Huxhold is an uprising social media star. He is renowned for his TikTok posts that are viral on the web.

Currently, he is pursuing his career as an actor and model.

Jordan Huxhold was born on 2nd August 2000 in Cape Canaveral, Florida, United States. He is of German ethnicity. As of 2020, he is 19 years old. Also, his zodiac sign is Leo.

To the date, he has not shared any details on his family background including father and mother. He has two siblings including a sister, Layla, and a brother, Kaden.

Details, on his academics, are not available. Probably, he is attending University.

He started posting on TikTok in June 2019. On his initial videos, he uploaded POV videos which grabbed the attention of the various people. His very first video received 10.5k plays which inspired him to make such videos.

Moving forward, he started working on the transition of his video. Hence, the smooth transition of his videos became one of its specialties. Later, he also started making lip-syncs videos which received a wide appreciation from his followers. As of now, his TikTok account has over 1 million followers with more than 26.3 million likes.

In the course of making videos, he has collaborated with the fellow TikTok star including Footlongjohnn.

After a successful career as a social media influencer, he is focusing his career in the acting and model field. Previously, he was associated with the agency, Artsace Managements to represent him.

Jordan Huxhold has blue eyes with auburn hair. He stands at a height of 5 feet 10 inches and has an ectomorph body type with a decent weight.

As of now, he has not been through any sort of controversy and scandals that created a buzz in the media. Besides that, he also managed to maintain distance from any type of rumors.

He also has a self-titled YouTube channel with over 5.8k subscribers with more than 31k views.

You may also read the bio of Willywonkatiktok, Jonathan Safran Foer, and Threedotcorey.