Jordan Poyer is a professional football player. He is married and a father of one kid.

Jordan Poyer is a married man. He married Rachel Bush who is an Instagram model.

The couple first met through Twitter and began dating in 2015. The couple welcomed their first child on December 30, 2016. They are blessed with a baby girl and named Aliyah Anne Poyer.

After that, they took their relation to next level and tied the knot on February 17, 2018, in Jamaica. Furthermore, no information is available regarding his past relationship. 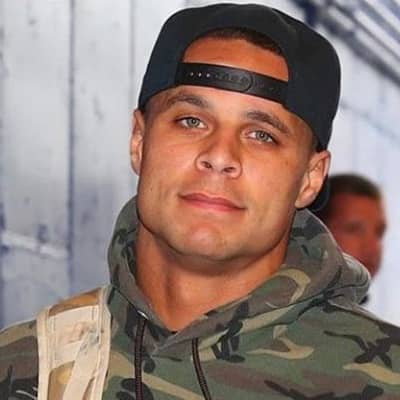 Who is Jordan Poyer?

Jordan Poyer is an American professional football player. Currently, he plays in the position of safety for the Buffalo Bills of the NFL.

Jordan was born on April 25, 1991, and the birthplace of Jordan is in Astoria, Oregon, United States. He is of American nationality and belongs to All-American descent.

Jordan was raised by his mother named Julie Poyer and his stepfather named Faalaeo Poyer. His biological father is Louis Dunbar who has been in prison over the last twenty years.

Also, he has a brother named Jeremy.

Jordan attended Astoria High School where he has played baseball, basketball, and football.

In 2009, the baseball team Florida drafted him in the 42nd round of the Major League Baseball Draft.

From 2013 – He was selected in the seventh round of the 2013 NFL Draft. Jordan made his first professional debut against the Washington Redskins and had a victory over 33-27.

He plays in the position of cornerback behind Cary Williams, Bradley Fletcher, and Brandon Boykin. He signed for four years but on October 19, 2013, the Eagles released him after he was a healthy scratch in their last two games.

From 2013 to 2016 – While playing with the Cleveland Browns, Poyer recorded season-high six solo tackles during a 27-26 loss against the NewEngland Patriots.

From 2017 to the Present – On March 9, 2017, Jordan signed a four-year contract. He gets his first victory 21-12 with Buffalo Bill’s season-opener against the New York Jets where he has recorded three combined tackles, two pass deflections.

After completing four years, he again signed a two-year contract extension with the bills on March 19, 2020.

Jordan hasn’t been available in any kind of rumors and scandals that create headlines in the media.

However, he is caught in the middle of a nasty social media war between his wife and the woman, he allegedly has an affair with Summer Rae.

On March 9, 2017, he joined Buffalo Bills and signed a four-year contract with $13 million that includes $7.40 million guaranteed and a signing bonus of $3.50 million.

The player has an athletic body type and stands at the height of 6 feet tall and his weight is around 87 kg.

Likely, he has a brown color pair of eyes and has light brown hair. He has also tattooed on several parts of his body.

What happened to Jordan Poyer?

What is Jordan Poyer's nationality?

Why is Rachel Bush not happy with husband Jordan Poyer?