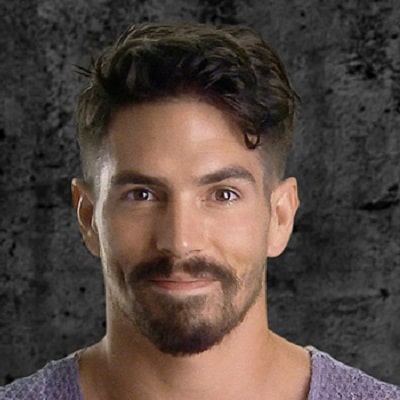 Jordan Wiseley is currently in a relationship. He met fellow reality star Tori Deal in 2017 on The Challenge. The pair soon started dating and he proposed to his longtime girlfriend in August 2019. Their engagement was recorded on the camera but does not plan to televise their wedding.

Although the couple does not have any children as of now, fans are hoping Jordan Wiseley will soon start a family with his soon to be wife.

Before that, he was in a relationship with Sarah Rice, who is a television reality star. During the season of Rival 2013; the pairs were hooked up and became a team. Their relation didn’t go far as the couple broke up in 2013.

Furthermore, he was in a relationship with Jonna Mannion, who is a television reality star. They both started dating from the series on Rivals II. Their relation didn’t go far as the couple broke up in late 2013.

Likewise, he dated with the television reality star, Laurel Stucky on 2014. Their chemistry began from the Television Series: The Challenge. However, there isn’t any confirmation of how did the pair end their relationship.

Who is Jordan Wiseley?

Jordan Wiseley is an American actor, reality TV star, a fashion designer who is well known for competing in The Real World: Portland, The Challenge: Battle of the Exes II and the founder of Strapped Manufactured Goods Co.

He was born on 15 September 1990 in Oklahoma, USA. He was born with four fingers, a congenital disorder called Symbrachydactyly. Jordan was born to father Larry but information about his mother and siblings is not available.

Likewise, he holds American citizenship but ethnicity is unknown.

He joined Oklahoma State University where he studied business. He went to study marketing at the University of Central Oklahoma. While in high school, Wiseley was a captain of the football, baseball, and wrestling teams.

He debuted his acting career from Tyler Perry drama series ‘If Loving You Is Wrong’ as Ben Bryant in 2014. Since then he has also starred in The Stalking Fields, Lazarus. He was considered a “villain” in 2013’s The Real World: Portland and went on to compete in The Challenge: War of the Worlds 2.

Furthermore, he is also a fashion designer. He founded a clothing line called Strapped which designs men’s and women’s clothing, bags, jackets, and motorcycles. The brand that was launched in a garage now has worked with celebrity models like Marlon Wayans, Joy Corrigan, and designer Barron Arden.

His net worth and annual salary has not been estimated and will soon be updated.

He has a height of 5 ft. 10 inches and weighs normal. Also, he has dark brown eyes and black hair.