Actress Jordana Brewster is engaged to the CEO of a tech firm. She is in a relationship. 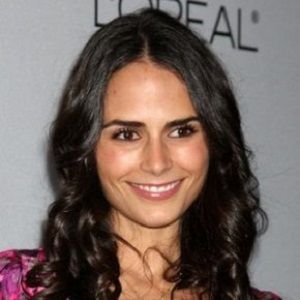 Parking is a nightmare for me... I still have sensors on my car that help me park

When I do my own makeup, I keep things pretty simple.

What is the relationship of Jordana Brewster?

Jordana Brewster is engaged to Mason Morfit in September 2021. Her fiance Mason is the CEO of the investment firm ValueAct Capital. She revealed the news via her IG handle. They started dating in 2020.

Previously, Jordana Brewster was married to the famous producer Andrew Form. The couple first met on the set of The Texas Chainsaw Massacre: The Beginning. After a few years of their affair, the couple announced their engagement on November 4, 2006. They got married in a private ceremony in the Bahamas on May 6, 2007. The couple together has two sons named Rowan Brewster-Form and Julian Form-Brewster.

However, Jordana filed for divorce from Andrew in 2020.

She dated American actor Mark Wahlberg in the early 2000s.  After that, she was in a relationship with famous American comedian and TV host Jimmy Fallon 2001.

After that, she dated American baseball player Derek Jeter in 2003, before marrying Andrew Form.

Who is Jordana Brewster?

Jordana Brewster is an American actress and model. She is best known for her role as Mia Toretto in the Fast & Furious movie series.

Her role in the 2009 movie Fast & Furious earned her a “Teen Choice Award for Choice Movie Actress: Action”. She is also popular for her recurring role as Nikki Munson in the series As the World Turns (1995-2001).

For her role in the series, she earned a nomination for Outstanding Teen Performer at the 1997 Soap Opera Digest Award. She plays the main role of Dr. Maureen Cahill in the series Lethal Weapon since 2016.

Jordana was born on 26 April 1980, in Panama City, Panama. She is an American by nationality and belongs to English, Scottish, Irish, and Brazilian ethnicity.

She is the daughter of Brazilian mother Maria João Leal de Sousa and American father Alden Brewster. Her mother is a former swimsuit model from Brazil who appeared on the 1978 cover of Sports Illustrated. Her father is an investment banker. Brewster’s grandfather, Kingman Brewster, Jr was the president of Yale University.

Jordana left Panama when she was two months old. After that, she relocated to London. After spending six years in London, she moved to her mother’s native city of Rio de Janeiro. She left Brazil at the age of 10. Next, she settled in Manhattan, New York City.

She studied at the Convent of the Sacred Heart. Later, she graduated from the Professional Children’s School. After that, Brewster graduated from Yale University with a B. A. in English in 2003.

Jordana began her career as an actress in the 1990s. She made her debut in daytime soap operas with a short appearance on All My Children as Anita Santos. After that, she played the recurring role of rebellious daughter Nikki Munson in the series As the World Turns.

She played the role of Nikki in the series from 1995 to 2001. Her first feature film role was as Delilah Profitt in the film The Faculty (1998). For her performance in the series, she was nominated for Outstanding Teen Performer at the 1997 Soap Opera Digest Awards. After that, she starred with Cameron Diaz and Christopher Ecclestone in the independent drama The Invisible Circus (2001), in which she played Phoebe. She became more popular in the industry when she was cast as Mia Toretto in the Fast & Furious film series.

She has accumulated a net worth of $25 million as of 2022. But there is no information regarding her salary.

Also get to know more about the birth facts, education, career, net worth, rumors, height, and social media of different personalities like Caroline Vreeland, Jackie Sandler, and Candice Bergen.