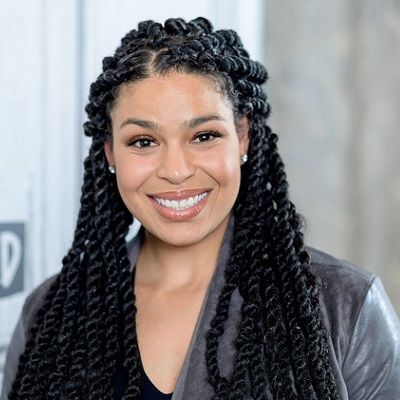 I just have one thing to say about promise rings. It's not bad to wear a promise ring, because not everybody - guy or girl - wants to be a slut.

Jordin Sparks is a married woman. She married Dana Isaiah on 1st July 2017 in Hawaii. Dana is a fitness model.

Their wedding was a private ceremony. They eloped while they were on holiday in Hawaii with a small group of friends.

In August 2017, they were expecting their first child. On 2nd May 2018, she gave birth to a son Dana Isaiah Thomas Jr.

Previously, she dated American singer Jason Derulo for three years. They broke their relationship in 2014.

Who is Jordin Sparks?

Jordin Sparks is an American singer-songwriter known for being the winner of the sixth season of American Idol.

As of 2019, she appeared as Becca in the TV Movie Unrelated.

Jordin Brianna Sparks was born on 22nd December 1989 in Phoenix, Arizona. She is the daughter of Phillippi Sparks and Jodi Jackson. Her father is a former professional American football player.

Likewise, her father African-American with French and Cherokee roots and her mother is of German, English, Scottish and Norwegian ancestry.

Similarly, she has a brother Phillippi “PJ” Sparks, Jr. Her brother is also a football player at Arizona Christian University. Jordin grew up in the suburbs of Ridgewood, New Jersey, and her father played as a defensive back for the New York Giants.

Jordin attended the Northwest Community Christian School in Phoenix after living in New Jersey. She studied in grade eight. Till 2006, she educated from Sandra Day O’Conner High School.

After that, she was homeschooled by her grandmother Pam Wiedmann so that she could concentrate on singing.

Likewise, she is an evangelical Christian and attended Calvary Community Church in Phoenix.

In the year 2008, Jordin suffered from acute vocal cord hemorrhage due to the overuse of her vocal cords. She was ordered to do vocal rest so she was forced to cancel her appearances.

In the year 2006, Sparks auditioned twice for the sixth season of American Idol. On 17th January 2007, she earned a ‘gold ticket’ for American Idol.

She won the sixth season of American idol.

In the year 2007, she released her debut album Jordin Sparks. After that, she released album Battlefield in 2009 and Right Here Right Now in 2015.

Similarly, her EPs and mixtapes are, For Now, Jordin Sparks (EP), #ByeFelicia, and 1990 Forever.

– Also, in November 2008, she teamed up with Wet Seal and created own clothing line Sparks.

– In October 2010, Jordin released her fragrance Because of You.

– Again in March 2012, she released her third fragrance Fascinate

In the year 2005, Jordin performed at the Arizona Right to Life Conference. In February 2008, she traveled to Ghana to help Malaria No More which is an organization to end malaria deaths in Africa.

Previously, her ex-boyfriend gifted her champagne-colored BMW which she returned.

Jordin has black hair and brown eyes. She has 5 feet 10 inches tall and weighs around 64 kg.