Jordyn Blum is a former model, director. Jordyn is married to a musician Dave Grohl and has three kids. 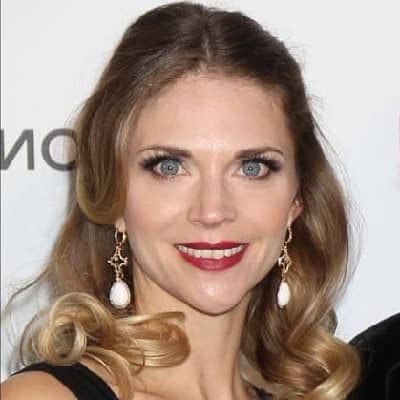 What is the relationship of Jordyn Blum?

Jordyn Blum’s current relationship status is married. She is married to Dave Grohl. Grohl is one of the popular American musicians.

Jordyn and Grohl first met at the Sunset Marquis whiskey bar in the year 2001. Jordyn was there with her friends and when they talked with each other, Dave was impressed with Jordyn. After that party night, they became close to each other and started dating after a few months.

After dating for two and a half years, they exchanged vows on 2 August 2003 in Los Angeles, California. And now, the couple has three daughters: Violet, Harper, and Ophelia.

Who is Jordyn Blum?

Jordyn Blum is an American former model and director who is mostly known for her work in Foo Fighters: Walking a Line and The GQ Men of the Year Awards.

She is famously known more as the wife of Dave Grohl.

Other information about her father, mother, and sibling are not disclosed.

She holds an American nationality and is of German ethnicity. Talking about her education, she has done her high school in Los Angeles.

Jordyn Blum built her career as a successful model and has worked for various top organizations. She was interested in modeling from a very young age.

The model was on the cover of Teen Magazine when she was just 17 yrs old. But later on, she gave up her modeling career and started to work as a director.

She is known for her work in Foo Fighters: Walking a Line in the year 2002 and The GQ Men of the Year Awards in 2003. Jordyn worked as a documentarian for her husband’s band Foo Fighters.

Jordyn gained more attention in the media after her marital relationship with American musician, Dave Grohl. Blum and her husband Dave has also done various charity work and campaign.

Blum has worked as a director for many projects and is paid between $151,767 to $197,670. Moreover, she also has modeled for many reputed brands that add to her earnings.

Her family is maintaining a lavish lifestyle. They are residing in a deluxe home in Encino, Los Angeles. They sold his beach home for $2.9 million in late 2015.

Her husband Dave Grohl’s net worth is around $280 million. He was named one of the third wealthiest drummers in the world.

To date, she has not been in any sort of rumors. The model has maintained a good relationship with the media.

However, she appears in the headlines of different news being Dave Grohl’s wife.

This model has a perfect height of 5 feet and 7 inches and has an average weight. Likely, she has blonde-colored hair and blue-colored eyes.

Also, get to know about Shely Young, Life With Mak, Shely Yung, and Jo Frost,

Who did Dave Grohl marry?