Updated On November 24, 2022 | Published By: Brandy Stratton
Share this
Single 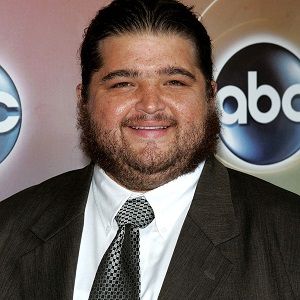 Mixing humor and harsh reality is a very human behavior, it's the way people stay sane in their daily lives.

I definitely try to mix humor into anything I do, even if it is into a drama.

You can get fired from any job at any time.

What is the relationship of Jorge Garcia?

Jorge Garcia dated Malia Hansen from 2004 to 2006. After that, he began dating novelist, and Lost co-star Bethany Leigh Shady in 2007.

They appeared together at red carpet events and posted photos of each other on social media.

Similarly, they stuck together until 2013 when many began to speculate that the pair had broken up as they were no longer seen together publicly.

At present, there is no news of him being in a relationship.

Who is Jorge Garcia?

Jorge Garcia is an American actor and comedian famous for his performance as Hector Lopez on the television show Becker.

Similarly, he is best known for his portrayal of Hugo “Hurley” Reyes in the television series Lost from the year 2004 to 2010.

How old is Jorge Garcia?

He was born on 28th April 1973 in Omaha, Nebraska, US. He is the son of Humberto Gracia and Dora Mesa.

His father is a Chilean-born doctor and his mother is a Cuban-born professor. Similarly, he grew up in San Juan Capistrano in Orange Country, California.

His nationality is Cuban and American and his ethnicity is Chilean-Cuban.

Talking about his education, he went to San Clemente High School. While he was in high school, he used to wrestle and as a senior, he was selected by the faculty as “Triton of the Year”, the highest award is given to a graduating senior.

Similarly, he graduated from the University of California Los Angeles (UCLA) in 1995 as a Communication Studies major. Also, he studied acting at the Beverly Hills Playhouse acting school.

His started becoming famous after starring in the Jack in the Box commercial which was aired frequently on local television.

After that, he began landing roles in television and film. But his career really took off when he played the role of Hugo Reyes (Hurley) in the television series Lost.

Similarly, he appeared in the second episode of the eighth season of Celebrity Poker Showdown. Later, he was a contestant on an episode of Russian Roulette on Game Show Network.

He is scheduled to star in the movie When We Were Pirates, for which he is also an associate producer.

Likewise, Jorge Garcia was also featured on the front cover of Weezer’s album Hurley. It was released on September 10, 2010. Also, he performed as a guest vocalist at several Weezer concerts in 2010.

In the year 2013, he played Steve Wozniak in the parody film, iSteve, produced for the Funny or Die website.

Moreover, after appearing as a guest star in several seasons and four episodes of Hawaii Five-0. He was promoted to a series regular starting with season five.

Furthermore, in 2015, he joined the cast of The Healer starring British actor Oliver Jackson-Cohen, Camilla Luddington, and Jonathan Pryce.

Likewise, he won the Gold Derby TV Award for Ensemble of the Year for Lost and Screen Actors Guild Awards for Outstanding Performance by an Ensemble in a Drama Series for Lost.

What is the net worth of Jorge Garcia?

The estimated net worth of this actor is around $5 million as of 2022. He might earn a huge amount of money from his career.

But he has not revealed his salary and income. In Raven’s Ridge, he earned an estimated salary of $58000 in an episode in 2004.

He is also associate producer of the movie When We Were Pirates which stacked up $32.3 million. Likewise, he has a house in New York that he bought for $40 million.

Talking about Jorge Garcia’s body measurements, he has a height of almost 6 feet and his weight is around 182 kg.

He has dark brown hair and hazel color eyes.