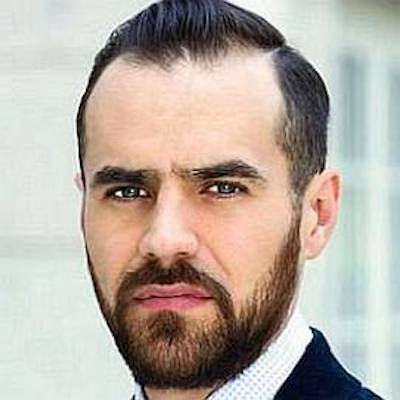 Jorge Poza’s relationship status at present is taken. He started to date Ilse Ikeda in 2016 and is still dating. His girlfriend is an actress by profession.

Prior to her, he was married to two women. He first exchanged vows with Mayrín Villanueva in the year 1997

After her, Jorge married Zuria Vega in 2009 and divorced his second wife in 2011.

Who is Jorge Poza?

His recent project was Dark Desire (TV Series) where he was seen playing the role of Leonardo Solares.

His birthdate is 03 Jan 1978 and he was born in Tulancingo, Mexico. The name of his mother is along with his father’s identity is not disclosed.

Further, Jorge’s ancestry is Mexican, and has an older brother named Javier Poza. As per his academics, he has not shared the data regarding it.

Jorge Poza started his acting journey in 1991 with the movie Bandidos. His other movies are titled El segundo aire in 2001, Morelos in 2012, Tercera llamada in 2013, and La dictadura perfecta in 2014.

He also did several TV shows. His notable roles can be seen in El diario de Daniela as Carlos, Alma de hierro as Sebastián Hierro Jiménez, Rafaela as José María, Cachito de cielo as Fabio, and The Stray Cat as Mariano Martínez Negrete.

His other TV roles are,

By the 2022’s data, he has accumulated a net worth of around $1 million. However, his salary and other income are not yet mentioned.

This actor of Clase 406 is keeping himself away from scandals as well as rumors.

Jorge Poza’s height is 5 ft 9 inches and his body weight is average. On top of that, he has black hair and his eyes are in dark brown color.

Jorge is not present on social sites such as Facebook. He is also keeping himself busy on Instagram with over 213k fans and on Twitter with over 126k fans.