Jose Bautista is a married man. He is married to his long-time girlfriend Neisha Croyle.

The couple were in a relationship since, 2009. They tied their knots on 11 November 2017,  between their family and friends.

They welcomed their first daughter, Estela in April 2012. Similarly, their second daughter, Ava was born in November 2012. 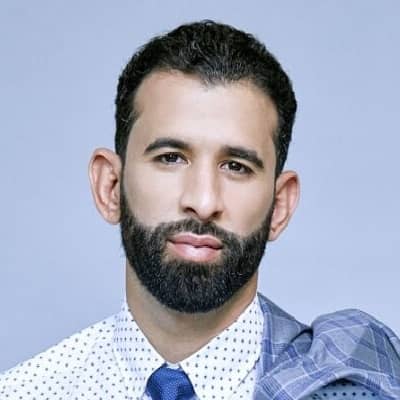 Who is Jose Bautista?

Jose was born on October 19, 1980. His birthplace is Santo Domingo, Dominican Republic. He has Spanish descent from his father and is of Latino ethnic group.

His father’s name is Americo Bautista. Likely, his mum is Sandra Bautista.

The Dominican player studied at a private high school in Santo Domingo. Likely, he then has his degree in business management from Mother and Teacher Pontifical Catholic University.

Jose started playing professionally in MLB from Baltimore Orioles however Pittsburgh Pirates provided him a perfect platform for his career. He signed with the Pittsburgh Pirates or a $500,000 signing bonus in the 2000 Major League Baseball draft.

Bautista has his first MLB debut with Baltimore on April 4, 2004. He then played in 11 games for the Pirates in 2005. And up to 2008, he was the Pirates’ starting third baseman and backup outfielder. He represented Toronto Blue and played with the Jays for 8 seasons.

Bautista completed the 2010 season in MLB (Major League Baseball) with 54 home runs. After New York Mets, he played for Philadelphia Phillies in 2018. Just on March 12, 2020, Bautista was qualified to play for the Dominican Republic at the 2020 Summer Olympics Americas Qualifying.

The player has received various awards and rewards for his outstanding contributions.

The net worth of Jose Bautista has been increasing lie  29% over the past few years. Jose has a 35$ million value of total assets. Likely he receives an annual salary of around $18 million from his former club Jays.

Moreover with Atlanta, he received $1 million for a year on a minor-league contract.

The player owns various best luxury cars in the world. Some of his car collection includes brand like Bentley Continental, Range Rover, Alfa Romeo, and Ferrari.

The player has always maintained a clean image without involving in any controversial activities. Likewise, there are also not any rumors spread about him in the media.

Bautista stands at a height of 6 feet and weighs around 93 kg.

He has black colored hair and eyes. The player mostly prefers to have grown bread.

You may also read the bio of David Lee, Rae Carruth, David Wright, and Devale Ellis.