She is married to Michael Praed whose is a British actor and narrator. 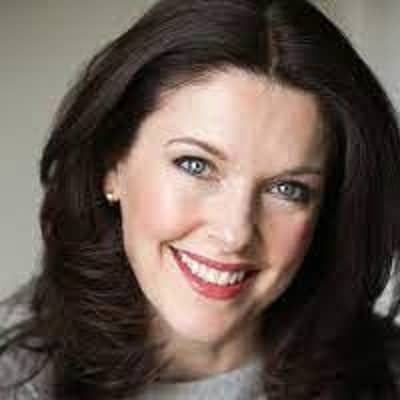 Who is Josefina Gabrielle?

Josefina Gabrielle is a famous British stage and television actress, as well as a former ballet dancer who is well-known for her roles in West End musicals and dramas.

Josefina was born in October 1963 in London, England, and is of British nationality.

Her father was from Spain, while her mother was from England though she has shared this she has not revealed their names to the general public. There is no information available about Gabrielle’s siblings or childhood stories.

She attended Arts Educational School in London, where she studied before beginning her professional career with the National Ballet of Portugal-CNB.

After returning to the United Kingdom, she pursued a career in musical theater, appearing in a number of plays.

In 1992 and 1993, she began her career by acting in shows and films such as Fame at the Cambridge Theatre, A Chorus Line at the Derby Playhouse, and The Goodbye Girl at the Noel Coward Theatre.

She was also cast in the production of Oklahoma! by director Trevor Nunn. This was performed at the National Theatre. This was her first opportunity to perform Dream Ballet.

Gabrielle traveled with the play when it shifted to Broadway in 2002, making her Broadway debut with the new company.  Following that, she performed in a number more plays.

She performed Me and My Girl in 2010. In 2012, she toured the United Kingdom in a production of Rodgers and Hammerstein’s The King and I, her third musical pair.

She performed in Charlie and the Chocolate Factory the Musical at the Theater Royal, Drury Lane in 2014.

Then, in 2017, she was cast as the lead in A Little Night Music. Then She returned to Chicago in 2018 when the play returned to the West End, to the Phoenix, and then in 2020, she performed in Les Miserables, however, the run was cut short due to COVID-10.

She has appeared in Miranda Hart, Doctors, Heartbeat, Borm and Bred, and several other films and television shows.

Her entire net worth, fortune, and principal source of income are derived from her acting profession and her company. however, Gabrielle’s estimated net worth is $1 million to $5 million.

There haven’t been any kinds of rumors and controversies regarding Josefina and has always maintained her personal life.

She stands at the height of 5 feet 6inches tall and has not disclosed her weight to the public. She also has not talked about her body measurements like hips, waist, and bra sizes. Looking at her appearance she has black hair and blue eyes.

She has quite a strong fan following on social sites. She also has 3343 followers on Twitter, but she is not active on Facebook and Instagram sites.