Joseph C. Phillips is an American actor, writer, and a conservative Christian commentator. Joseph C Phillips is not having an affair with anyone presently.

Joseph C Phillips is currently divorced and single. His marriage ended recently in 2019 after his wife, Nicole filed for divorce after 23 years of being together.

The pair got married in 1994. They have three children together, Connor Phillips, Samuel Phillips, and Ellis Phillips. 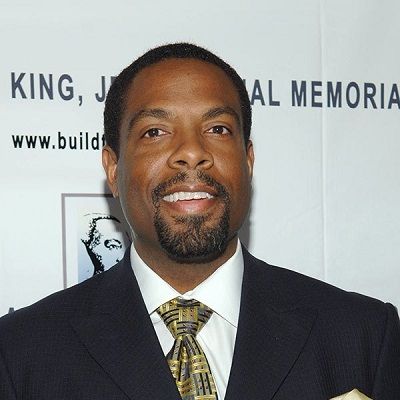 Who is Joseph C Phillips?

Joseph was born on January 17, 1962, in Denver, Colorado, U.S.A. Unfortunately, there is no information about Joseph’s father, mother, or siblings.

However, his ethnicity is Afro-American and his nationality is American.

Phillips joined the University of the Pacific as a major in communications. But, he later transferred to the acting conservatory at New York University from where he graduated with a BFA in acting in the year 1983.

Joseph C Phillips began his career in 1985 when he portrayed the role of Cruiser McCalla in Search for Tomorrow. Additionally, the same year he was cast as Darryl Marchamp in The Cosby Show for one episode for the very first time.

Moreover, in 1988, he guest-starred on Hothouse before making a second appearance on The Cosby Show as Lieutenant Martin Kendall in the year 1989.

From then to 1992, he was cast as the main actor on the show for 3 consecutive seasons. He then began his stint at General Hospital in the year 1994 in the main cast capacity until the year 1998. Furthermore, he also hosted a Soul Train episode in 1996.

He continued on making appearances on various television shows including 2 episodes of Las Vegas as Langley in 2004 and 2005, respectively. Additionally, in 2010, he starred in an episode of The Mentalist. Recently, he appeared in a recurring role of Mr. Davis, the father of Jessica in the hugely popular Netflix show, 13 Reasons Why.

In addition to this, Phillips also made some appearances in the movie industry. In 1991, he appeared as Waymon Tinsdale III in Strictly Business.

From 1997 to 199, he was nominated three times by the Image Awards for Outstanding Actor in a Daytime Drama Series for his work on General Hospital. Unfortunately, he did not win any of these.

According to some online sources, Joseph has a net worth of around $1 million as of 2022. However, his annual income is currently under review. His primary source of income is acting.

In 2015, he wrote a lengthy blog post, named “Of Course Bill Cosby Is Guilty!,” about Bill’s sexual assault scandal.

Joseph C Phillips is has a height of around 6 feet 1 inch. However, his weight is not revealed. He has got brown eyes and black hair.

You may also like to read Bill Cosby, Keshia Knight Pulliam, and Ricky Martin.