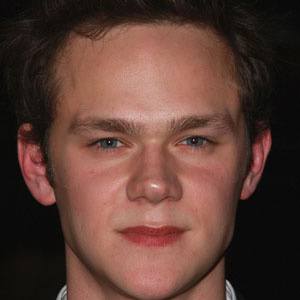 Joseph Cross is possibly single and he is focusing on his career. Also, even if he is dating someone, he has not revealed anything about it.

Who is Joseph Cross?

Joseph Cross is an American actor and producer, his birth name is Joseph Michael Cross. He is well known for portraying the role of Tom in the popular television series, Big Little Lies.

Besides that, he is best known for his portrayal as a son of Michael Keaton in the 1998 Christmas fantasy comedy-drama film, Jack Frost.

Joseph was born in New Brunswick, New Jersey, the United States on May 28, 1986, to parents Michael J. Cross and Maureen Cross.

His father is a marketer whereas, his mother is a real estate agent. He has four siblings namely, Brian Cross, James Cross, Andrew Cross, and Liz Cross. He belongs to American nationality and Irish ethnicity.

Talking about his profession, Joseph Cross started his acting career at the age of eleven. Eventually, as a child actor, he first appeared in the Hollywood movie, Desperate Measures and Disney Channel Original Movie, Northern Lights. Then, he made an appearance in various movies and television series.

Whereas, some of his hit movies and television series include Wide Awake, Jack Frost, Homecoming, Untraceable, Touched by an Angel, The O’Keefes.

Moreover,  he has also appeared in the renowned TV series, Big Little Lies as Tom in 2017. Therefore, he also worked along with other stars including Nicole Kidman, Reese Witherspoon, Alexander Skarsgard, and Laura Dern.

During 2006, he also played the young Augusten Burroughs in Running with Scissors, a drama also featuring Annette Bening and Evan Rachel Wood.

Talking about his lifetime achievements and awards, she won Satellite Award for Best Actor in a Motion Picture, Comedy, or Musical for Running with Scissors (2006).

There is no information about his salary. His net worth is around $ 2 million.

On talking about his body measurements, Joseph Cross has a height of 5 feet 9 inches. Additionally, he weighs is unknown. His hair color is light brown and his eye color brown.