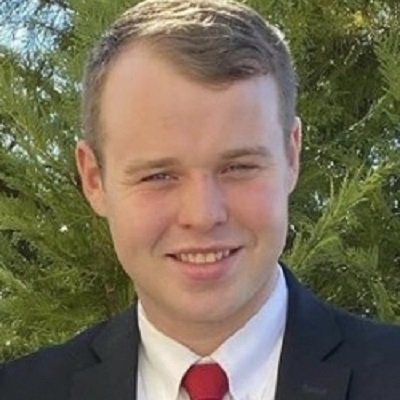 Joseph engaged on May 26, 2017, at his sister Joy-Anna’s wedding reception. Later, he tied a knot with Kendra Caldwell on September 8, 2017, at Baptist Church in Siloam Springs, Arkansas.

Who is Joseph Duggar?

Joseph Duggar is a TV Personality and Reality Star.

He is best known as the seventh eldest child of the Duggar family as well as appeared in the reality show 19 Kids and Counting.

He was born to his father Jim Bob and the mother Michelle Annette Duggar. Together they have 19 biological children. Hence, Joseph has 18 biological siblings.

He earned the General Education Diploma degree at the age of sixteen. However, he did not join the college.

Joseph grew up with his parents, sibling’s brother, and sister. He educated at home instead of going outside school.

He appeared on several TV specials and documentaries such as 14 children and Pregnant Again!, Raising 16 Children, K1 Discovery, Duggars Make a Movie, etc.

19 Kids and counting is a TV reality show which is aired on the TLC channel, released on September 29, 2008. This is a real-life series based on the Duggar Family, including Joseph and his whole other family members. This show was produced by Bill Hayes and Deanie Wilcher. It has a total of 10 seasons and about 229 episodes. This show is at the peak. Everybody loved its family drama and content. It is quite interesting to see how they well manage their huge or large family.

Sadly, when the eldest son of the Duggar family, Josh Duggar molestation controversy was exposed to the public, on May 22, 2015. Then this series was closed completely on May 19, 2015. Josh molests the five girls, including four of his sisters. His family and production of this series bear huge losses after the show was canceled. later, Josh apologized, for his sexual abuse acted, and left his position at the Family Research Council.

As a TV reality star, his salary is around $45 thousand.

When they run the series, 19 kids and counting they received the $25 K to $45 k per episode. He has not been involved in any rumors and controversy.

Joseph is 5 foot 7 inches tall and his weight is around 75 kg. He has brown hair and brown eyes.