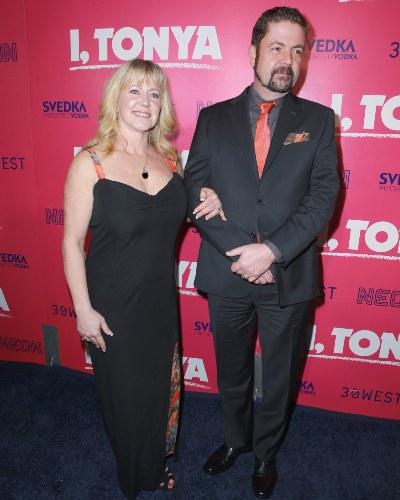 Joseph Jens Price is a former HVAC technician and amateur singer. He worked as a heating and air-conditioning worker after which he took a job at the bar Timbers. He used to keep his customers entertained. Similarly, he is the husband of skater Tonya Harding.

How did Joseph Jens Price and Tonya Harding meet?

Joseph Jens Price and Tonya Harding first meet each other in 2010 in Washington, at a local restaurant called Timbers. Tonya had just returned from doing color commentary work on the TV show World’s Dumbest so she went to the local restaurant for a drink. Joseph was singing karaoke, belting out the words to “Great Balls of Fire”, when Harding first encountered him. Harding recalls,

“I’m going, damn, he’s got beautiful eyes. I mean the eyes are the center to your soul, O.K.? You might have a nice butt, but I want to see the eyes.”

Just weeks after meeting him, she proposed to her. Tonya had never met anyone who was so kind and gentle. He was the one who loved her for her.

Married life of Joseph and Tonya

Joseph Jens and Tonya Harding married in 2010. The couple welcomed their son Gordon on 19th February 2011. Their married life has been going well. During an interview with Inside Edition, they opened about their relationship where Prince revealed,

“She’s kind, she loving, she’s a little rough around the edges. She’s a redneck, but she’s my redneck.”

The couple has successfully completed a decade of their married life and lives happily together.

Also read Are Terrance Hayes and Padma Lakshmi the new couple in town? All about Terrance and his married life

Tonya Harding is an American former figure skater. She was a two-time Skate America Champion. She also was a two-time Olympian. In 1991, she won the U.S. Figure Skating Championships and placed second at the World Championships. She was the first American woman to complete a triple axel jump in competition. Read more bio…