Unfortunately, Victoria died shortly after her birth on September 26, 2006. She died of omphalocele, which is a birth defect. They allowed the MTV crew to document her death. After her death, they adopted a baby and named her Miley Justine Simmons.

Simmons was previously married to Valerie Vaughn. The couple married in 1983 and had three children together, Vanessa Simmons, Joseph Ward Simmons Jr., and Angela Simmons.

His son, Diggy is a rapper, model, and actor. Vanessa and Angela are also actors and businesswomen. 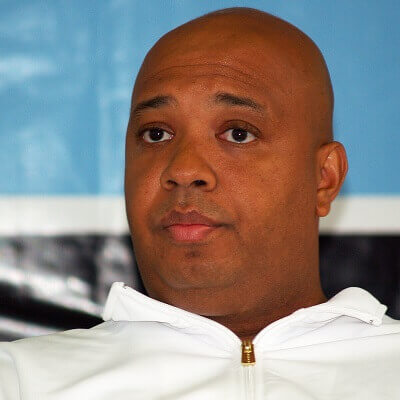 Who is Joseph Simmons?

Joseph Simmons is an American rapper, DJ, producer, and TV personality. He is one of the founding members of the influential hip-hop group, Run-DMC.

Joseph Simmons was born as Joseph Ward Simmons on November 14, 1964, in Queens, New York, USA. As of 2022, his age is 57. He was born to parents Daniel Simmons (father) and Evelyn Simmons (mother).

He has two older brothers, Danny Simmons and Russell Simmons. Danny is a well-known painter whereas Russell is the co-founder of Def Jam records. His father was a supervisor and later a professor.

He grew up with his siblings in Queens. His ethnicity is African-American.

Joseph Simmons first started his career as a DJ with Kurtis Blow. His brother, Russell had formed the record label, Def Jam by the mid-80s.

He encouraged his brother and Run along with his friend Darryl McDaniels formed the rap group Run-D.M.C. In 1982, DJ Jam Master Jay joined and completed the group’s classic line-up.

The hip hop group went on to sell millions of albums and opened a number of doors for hip-hop. They also blended rock with the hit cover of Aerosmith’s ‘Walk This Way’ in 1986. In 2002, the murder of Jam Master Jay brought an official close to the group.

Run-DMC were the first hip hop group to achieve a Gold record. After that, they became the first group to have a Platinum-certified record in 1985 titled King of Rock. Expectations were rising and so were their quality. A year later, their album, Raising Hell became the first multi-platinum record in hip hop history.

After the split, he started a solo career. He and the producer, Whiteboy started working on an album. They had completed eight songs and presented them to Russell. His brother was very impressed and encouraged him to do more. In 2005, he released the album, Distortion.

Joseph Simmons has an estimated net worth of around $70 million. Run-DMC, his group is considered the most influential hip hop group of all-time and sold millions of albums over the years. Furthermore, he also earned a significant amount of money for the reality TV series, ‘Run’s House’.

Joseph Simmons stands at a height of around 5 feet 8 inches. He weighs around 75 kg. He suffered from diabetic complications due to which he had to lose more than 48 pounds of weight in 2012. Since then, he has maintained a healthy diet and lifestyle. His hair color is black and his eye color is also black.

Even with heavy success, Joseph has learned to stay humble and has not done anything controversial. He has stayed away from scandal and controversy of any kind. Simmons is one of the most respected rappers of his generation. Similarly, there are no rumors about him.

You may also like to read the Bio, Career, Net Worth, Relationships, Social Media, and more about Angela Simmons, Takeoff, Russell Simmons, and more.