Josh Beech is a married man. His wife is none other than the Canadian-American actress, Shenae Grimes.

The wedding took place back on the 10th of May 2013 at a private event in Ashford, Kent, England.

Before that, they dated each other for around nine months starting from March 2012. Eventually, they announced in December 2012 that are engaged.

As of now, the couple is living a happy life with each other with their daughter, Bowie Scarlett Beech. Bowie was on in September 2018. 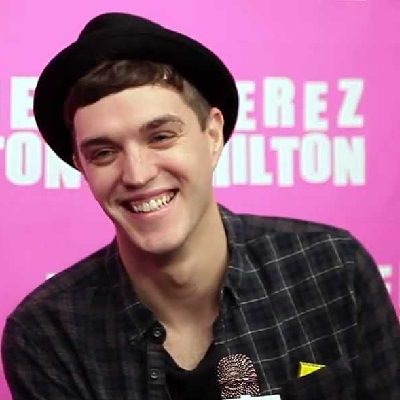 Who is Josh Beech?

Josh Beech is a singer, songwriter, and model. He is popular for his model project with Italian fashion houses like Burberry, and Valentino.

Currently, he is pursuing photography as his career.

Josh Beech was born Joshua Beech on the 26th of December 1986 in Bromley, London, England. He is of British ethnicity.

To date, he has not disclosed any information about his mother, father, or academics.

Playing for the various punk bands for many years, he formed a music band, Beech. After that, the band was signed by Universal Music Group in Germany and Virgin Records Ltd in the UK. In 2013, he released the song, Lovers.

In 2007, Sherrill Smith saw him during a music festival. Soon after Smith signed him for the campaign of Burberry which turned out to be a milestone in his career.

Soon after that, he featured promoting different fashion houses H&M, Moschino, Diesel, and Givenchy a model. Also, he has walked on the ramp for the designers of Tommy Hilfiger and John Galliano.

The talented model has currently switched his career as a photographer. As of now, he is promoting his photographs through a different Instagram account that consists of 4.8k followers.

His current earnings as a photographer are in the range of $21k to $106k. Also, he makes through his merch too.

This singer now has not faced any huge rumors or scandals.

Josh Beech is a blue-eyed auburn. His height is 6 feet 1 inch and weighs around 80 kg.

Talking about his appearance, he has an oval-shaped facial structure and mostly prefers clean-shaven looks. Besides that, the other aspects of his appearance are his tattoos.

He has a skull-shaped tattoo on his left hand. Also, he has the British flag printed below his neck. Apart from that, he also has other tattoos on his body revealing various aspects of his personality.

He also has a self-titled YouTube channel with more than 2.66k subscribers.