Josh Brolin is an American actor who appeared in big-budget movies including Hollow Man, Men in Black 3, Deadpool 2. Josh is married since 2018 and has four children. 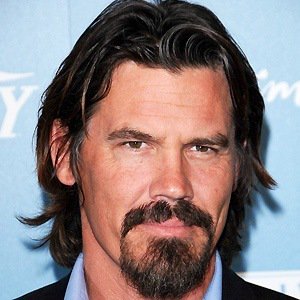 To complain now would be kind of sad. I like the way things are going

I used to go to Vegas and play the horses, and then I realised how ridiculous that was. There is no winning in gambling, but there is on the stock market

It's probably a bit of a power trip when you befriend somebody enough that they trust you to tell you things.

Reflecting on the personal life of Josh Brolin, he is a married man.

He is currently married to his former assistant and model Kathryn Boyd and the couple is living a happy married life. They have two daughters, Westlyn Reign Brolin born in 2018. Their second daughter was born on 25th December 2020.

He was married to actress Alice Adair in 1988 until 1994 and they have been blessed with two children, Trevor Mansur born in June 1988 and Eden born in 1994.

Later, he married Diane Lane on 15 August 2004 but their relationship ended on 27 November 2013. He was engaged to actress Minnie Driver for six months.

Who is Josh Brolin?

Josh Brolin is an American actor. He is the National Board of Review Award winner. Josh Brolin is best known for his appearance in films like No Country for Old Men, The Goonies, Men in Black 3, True Grit, and Milk.

The son of James Brolin and Jane Cameron, Josh Brolin was born in Santa Monica, California. He was born on 12 February 1968 and his birth name is Josh James Brolin.

His father also worked as an actor and his mother was a wildlife activist who was a native of Corpus Christi, Texas. His parents got divorced when he was just 16 years old.

He has a sister, Molly Elizabeth Brolin, and two brothers: Jess Brolin and Jason Gould.

He has an American nationality and has a mixed ethnicity of Swiss-German, English, Scottish, and Irish.

In his childhood days, he was a member of a surfing friendship group who called themselves the “Cito Rats”.

He attended Santa Barbara High School. However, he was interested in acting after taking an improved acting class in high school.

Talking about the career journey of Josh Brolin, he is active in the entertainment field since 1985 and he is still active in it. He got his acknowledgment as a performer from movies like The Goonies, Milk, and Men In Black 3.

He began his TV vocation in TV-film and guest spots on TV programs before getting a part in the film such as The Goonies. He chose to show up in stage parts in Rochester, New York for which his companion Anthony Zerbe coached him amid his stage appearances.

He was nominated for the Oscars for the Best Supporting Actor class for his splendid execution in the motion picture “Milk.” This obviously expanded his demand in the entertainment field which helped in the growth of his income and net worth. He played Detective Reno Trupo in the 2007 film American Gangster.

Brolin has spread his wings equally at ease in both forms of media. He has been successful to impress the fans and critics with his acting skills. He was offered the role of Marcus Wright in Terminator Salvation in 2009 which he turned down and the role went to Sam Worthington.

He was additionally occupied with stock exchanging and was a proprietor of a stock exchanging site. His success in career path has paid him well financially making his net worth estimated to be $35 million. He is currently engaged in filming Avengers: Infinity War and Untitled Avengers film in which he will appear as Thanos.

He was rumored to appear in the role of Cable in Deadpool 2.


He has a height of 5 feet 10.5 inches and weighs 80kg. He has dark brown hair color and his eye color is brown.