Josh Brueckner is currently engaged to Youtuber Katie Betzing. They share the vlogging channel, Jatie Vlogs on Youtube since they got together in 2018. The couple met at a boxing gym and pretty soon after they first met, they hit it off and started dating.

Josh proposed to Katie in November of 2019, in front of a huge audience at the Staples Center after winning a boxing match. The proposal went viral on the internet making the beloved couple even more popular. The couple is still engaged even though they haven’t married as of yet. 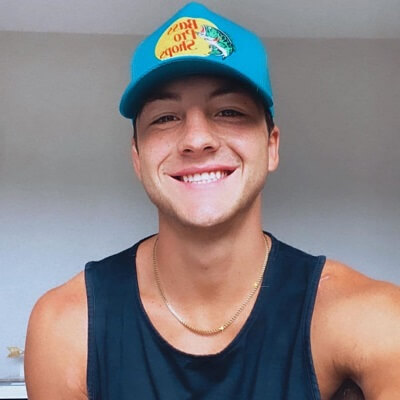 Who is Josh Brueckner?

Josh Brueckner is an American Pro MMA fighter and Pro Boxer. His ring name is G.I. Josh and he is popular in the boxing and MMA world with that name. He is also one-half of the popular Jamie Vlogs on Youtube, along with his partner, Katie Betzing.

Josh Brueckner was born on the 11th of April 1995 in Dearborn, Michigan, the U.S. As of 2021, Josh is 26 years old. He was raised in his hometown of Michigan, along with his brother, Alex Brueckner, who is currently a Youtuber. Additional details on his family are unknown.

He spent his childhood days in Dearborn. Josh’s ethnicity is Caucasian.

Josh has not revealed any information on his educational background as of yet. But it is clear from his interviews as well as vlogs that he is a well-educated person.

Josh Brueckner is a young MMA fighter based in Michigan. As of 2020, Josh is ranked 9th out of 26 active pro middleweights in Michigan. His current MMA record is 4-2-0, meaning he has won 4 fights, lost 2, and 0 have ended in a draw. His last fight as a pro was back in June of 2018. Since then transitioned to Pro boxing where he won his first match in 2019.

Aside from his career in boxing and MMA, Josh is a popular vlogger on Youtube. The vlogging channel Jamie Vlogs, which he shares with his girlfriend Katie Betzing has over 2.4 million subscribers. The couple is loved by their fans on Youtube.

The channel is doing extremely well and this is evident when we look at the total view on their channel is 561 million. They upload videos consistently and their most viewed video is of Josh proposing to his girlfriend Katie after a win in his debut boxing match, which has gathered over 7.4 million views.

As of 2020, Josh Brueckner has an estimated net worth of around $3 million. His annual earning is much harder to estimate though, mainly because he earns from his boxing career as well as the Youtube channel shared with his girlfriend.

Josh stands at a height of 6 feet 1 inch and weighs approximately 88 kilograms. He has a very fit physique due to his MMA career. His hair and eyes are both dark brown in color.

Josh is very popular on Instagram. There are many fan accounts on the platforms with thousands of followers. On Instagram though, Josh has a verified account and posts updates on his personal as well as professional life. As of July 2021, Brueckner has over 833k followers on Instagram, more than 3.2k followers on Facebook, and around 11.9k followers on Twitter.

You may also like to read more about the Bio, Career, Net Worth, Relationships, Social Media, and more about Katie Betzing, Campion Murphy, Trey Haley, and more.