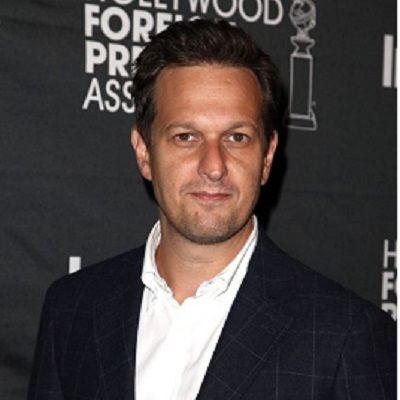 My dad said to me growing up: 'When all is said and done if you can count all your true friends, on one hand, you're a lucky man.'

'There's a touch of the gambler in anybody really competitive and somebody that's willing to concede that to succeed, sometimes you need to cut corners and to make bold choices'

'I never considered a career in broadcasting, not even as a kid'

'My dad said to me growing up: 'When all is said and done, if you can count all your true friends, on one hand, you're a lucky man'

'My job is to play many different roles with all sorts of different backgrounds and orientations'.

Josh Charles is currently a married man but before marriage. He was in a relationship with Ashley Judd who is an American actress as well as a social activist.

They started dating in 1996 but the relationship didn’t last long. In 1999, Josh found another girl, she was also an actress and her name was Jennifer Connelly.

But the couple broke up in 2002 after some rumors. However, in 2003 he was in relation to singer Sheryl Crow but broke up very soon.

Then, Josh started seeing the author and ballet dancer Sophie Flack. They dated for 5 years before getting engaged in 2012. They got married on 6th September 2013 and had their first baby on 9th December 2014 and their second child on August 23, 2018.

Their firstborn is son Rocco Charles and the second born is daughter Eleanor Charles. The couple seems to have no issues with each other and to date, their relationship is going smooth.

Who is Josh Charles?

Joshua Aaron Charles who goes by the stage name Josh Charles is an American actor, who won two Primetime Emmy Award nominations for the show ‘The Good Wife’.

He is famous for the roles of Dan Rydell from ‘Sports Night’ and also as Knox Overstreet in ‘Dead Poets Society.

He was born on September 15, 1971, in Baltimore, Maryland, the U.S. His father’s name is Allan Charles and his mother’s name is Laura Charles. He also has one brother Jeff Charles.

His father was an advertising executive in ‘The Baltimore Sun’ newspaper as well as a business person and talking about his mother she was a gossip columnist for The Baltimore Sun Newspaper.

However, his brother’s info is kept secret and not disclosed to any media. Josh’s nationality is American but holds (Ashkenazi Jewish, German and English) ethnicity. His birth sign is Virgo.

Josh attended his high school in Baltimore School for the Arts (BSA). In one of his interviews, he said famous Hip-hop artist Tupac Shakur and Actress Jada Pinkett Smith went to the same school as him.

Later he finished high school and joined the University of Kansas.

Josh Charles started his performing career with comedy and it all began when he was 9 years old. His debut movie was ‘Hairspray’ which was released in 1988.

And In 2009, he returned to network television in the CBS drama The Good Wife, where he played his role as Will Gardner.

In 2014, ‘People’s Choice Awards Josh was awarded ‘Favorite Dramatic Television Actor for the show ‘The Good Wife’. And in 2015, he was ‘Best Guest Performer in a Comedy Series for the show ‘Inside Amy Schumer’.

As an actor, Josh has earned a decent sum of money. So, according to the sources, Charles’s net worth is around $8 million.