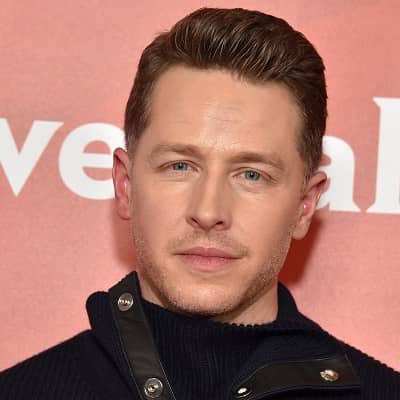 It's always a great day going to work with Ginnifer Goodwin

she's a fantastic actress and I learn so much from her.

I look for fun and smarts - a witty, strong sexy woman.

Josh Dallas is a married man. He exchanged his vows with a beautiful actress Ginnifer Goodwin on 12 April 2014 in California. They started dating each other since 2011 at the time of Once Upon a Time and got engaged in 2013 October.

Previously, Josh was married to an actress Lara Pulver in 2007, and later got divorced in 2011.

Who is Josh Dallas?

Josh Dallas is an American actor and voice artist. He is best known as Prince Charming and David Nolan in ABC drama series Once Upon A Time, and as Fandral in Marvel’s film Thor.

This actor was born on 18 December 1978, in Kentucky, the US with a birth name Joshua Paul Dallas. His father‘s name is Robert Micheal Dallas, and his mother‘s name is Diana Raymond. He has one brother.

He made his professional debut in 2006 with an action-drama series Ultimate Force. Afterward, he appeared in BBC television program Doctor Who in 2008. The next year, Dallas starred as Ace in the TV film The Last Days of Lehman Brothers.

Between 2010-2011, the actor made his appearances in several tv series including Money, Hawaii Five-O, CSI, and Five. From 2011-2018, he played Prince Charming/David Nolan in ABC fantasy television drama Once Upon A Time from where he gained huge popularity.

Since 2018, he is playing Ben Stone in a supernatural television series Manifest. Dallas made his film debut with a German action thriller film 80 Minutes.

In 2011, he starred as Fandral in Marvel‘s film Thor. He also made his appearance in the movie Red Tails and Sidekick. In addition to acting, he is a voice artist for movies like The Boxer, The Descent 2, Ghost Machine, and Zootopia.

The average salary of this actor is estimated at $72,000. Meanwhile, according to some sources, he has an estimated net worth of $3 million.

Cameron Fuller
Tags : Actor Once Upon a Time Prince Charming