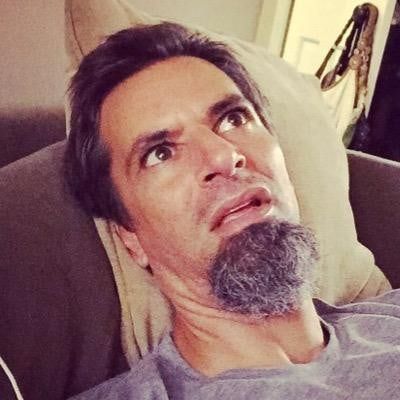 His wife’s name is Sarah who has over 6k followers on her Instagram account. Their marriage date is not revealed.

This couple is blessed with three kids, daughter Johnna, and sons AJ & Evan.

Who is Josh Darnit?

Josh Darnit is an American social media personality. He is known for his videos on social networking sites like YouTube.

Additionally, Josh is also a Tik Tok star and has more than 576.4k followers.

He was born as Josh Gaines on 10 Jan 1975, in California, United States. His father’s, mother’s, and siblings’ names are not disclosed.

Information related to the educational background of Josh is also not yet covered.

Josh first used Vine, a video sharing app. His Vine account’s name is joshdarnit and was followed by over 2.7 million followers. He has teamed up with other Viners including David Lopez, and Brandon Calvillo.

He is also a YouTube star and has his own channel, which is subscribed by more than 111 thousand subscribers. He first created the YouTube channel on Feb 13, 2014.

His video Exact Instructions Challenge – THIS Is Why My Kids Hate Me which was uploaded on Jan 26, 2017, has gained most views. It has till now got over 1.6 million views.

This YouTuber’s estimated net worth is $500 thousand US. He receives a yearly salary range of $433 – $6.9K US through his YouTube channel.

Talking about Josh Darnit’s body features, he has brown eyes and slicked light hair. His height is 6 ft 1 inch and body weight is 60 kg.

Josh Darnit’s Instagram account has more than 242k followers and around 2.4k posts. He joined Twitter in Oct 2007 and has around 55.8k followers. In it, he has tweeted for more than 12.3k times.