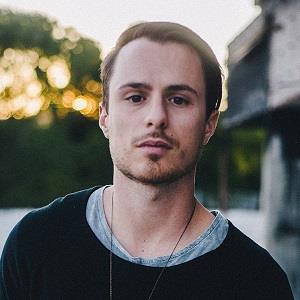 I would never really listen to my own music or whatever, but I write music so I can deal with things and I hope that some people can relate in that. Maybe help people, or just bring a smile to their face or make them feel cool or something

For the most part, I'm extremely thankful for the life I have and what I get to do in the future

Music and friends are the most important to me really, it's all I ever do.

Josh Farro is a married man since a long time. He is married to his girlfriend Jenna Rice. The couple dated each other for a short time and got engaged. The date of their engagement is unknown. They got married on 3 April 2010. The couple doesn’t have any children together till now. Josh and Jenna have been married for seven years now and their relationship is going very well. There is no any rumor of divorce or an extra-marital affair.

Prior to his marriage, Josh was in a relationship with his Paramore band member Hayley Williams from 2004 to 2007. From 2008 to 2009, he dated Tabitha Richards.

Who is Josh Farro?

Josh Farro is an American singer and songwriter. In addition, he is a guitarist too. He is widely famous as the former lead guitarist and backing vocalist of the rock band Paramore. Currently, he is pursuing his solo career.

At the present time, he is the lead vocalist and guitarist with his solo project, Farro. He is very popular for his debut solo album, Walkways (2016).

Josh Farro was born on 29 September 1987, in Voorhees, New Jersey, USA. He is an American by nationality and belongs to Italian-American ethnicity.

His birth name is Joshua Neil Farro. He spent his childhood with his four siblings namely, Nate, Zac, Jonathan, and Isabelle. His one of the younger brothers is Paramore drummer, Zac Farro.

There is not much information about his early life. His educational background is unknown. He usually doesn’t talk much about his private life in media and public. Josh began playing guitar at the age of 13. He is a self-taught guitarist.

Josh began his music career in 2004 with his younger brother Zac Farro. The brothers and another musician Hayley Williams founded the rock band Paramore in 2004. Josh served as the lead guitarist and backing vocalist of the club.

While he was a band member, he co-wrote almost every track on Paramore’s first three albums with Hayley Williams. The band released their debut album titled All We Know Is Falling in 2005. In 2007, they released their second album, Riot! The album became a mainstream success with the singles “Misery Business“, “Crushcrushcrush“, and “That’s What You Get“. The band received a Best New Artist nomination at the 2008 Grammy Awards. In 2009, they released their third album Brand NewEyes.

Josh left the band in 2010 and established his new band called Novel American along with his high school friends Van Beasley, Tyler Ward and Ryan Clark. He discarded the band in 2014 due to the lack of a suitable vocalist. After that, he began working on his solo project, Farro. He then released debut single, “Color Rush” in November 2014. On 5 February 2016, he released his debut album, Walkways independently. Currently, he is writing for his new record.

Josh Farro: Salary and Net Worth

Rumors were that Josh patched up with his ex-girlfriend Hayley Williams in 2016 which wasn’t true. Instead, the things were worse. Josh blamed Hayley Williams and other band members for leaving Paramore. He said that he was not happy and was tired with the tours of the band.

The controversy is still going on between the band members. The reason is Hayley is being treated as the sole member and she is the only one who has been signed to the Atlantic Records.

Rumors are that Josh is back with the band Paramore for his new project. The rumor has not been confirmed yet.