Josh Gad is an actor, producer, and voice artist who was in the Beauty and the Beast.

Josh Gad is a married man. His wife is non-other than the actress, Ida Darvish.

Later, on the 1st of December 2010, they welcome their first daughter, Ava. After that, on the 17th of February 2014, the couple was blessed with another daughter named them as Isabella. 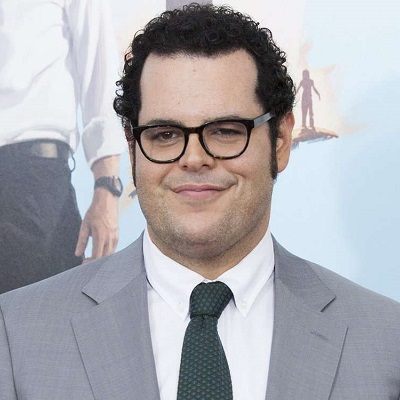 I really love the traditional aspects of Judaism. My wife is born and raised a Catholic and I enjoy celebrating those rituals as well. I am very spiritual but not in any way religious, no.

The actual truth about Gad is it's one of the original 13 tribes of Israel, so you can actually trace my lineage back to, like, those guys who had, like, a hand in the Bible and have since become very famous from that. So I come from very famous lineage. Granted, they didn't have cameras back then, so none of them had TV shows.

Who is Josh Gad?

Josh Gad is an actor, producer, and voice artist. He is a renowned LeFou of the Beauty and the Beast.

Last, in 2020, he appeared in the short TV series, At Home with Olaf as Olaf.

Next, in 2020, he will be appearing in a movie named Artemis Fowl as Mulch Diggums. Also, in his other movie, Shrunk is in the stage of pre-production.

Besides that, he has made an announcement for the TV series, Central Park.

Josh Gad was born Joshua Ilan Gad on the 23rd of February 1981 in Hollywood, Florida.

His biological father, Shmuel Gad is from Afghanistan. Whereas his mother, Susan is a real state agent of Ashkenazi Jewish ethnicity from German. Also, his step-father is an investment advisor.

He has two elder brothers. Besides them, he also has two step-siblings including a brother and a sister.

In 1999, he graduated from the University School of Nova Southeastern University. During their university days, he was active in extra-circular activities like the debate.

One year before graduation, he won the title of National Forensics League (NFL) National Tournament Championships. Later, he joined Carnegie Mellon College of Fine Arts. From college, he earned a bachelor’s degree with Honors in Arts in 2003.

Josh Gad started her career as an actor back in 2002 with the movie, Mary and Joe as Angel. Later, he started making his appearance in the theater plays in the Circle in the Square Theatre.

The same year, he tried his luck in TV series too. In 2007, he earned quite a reputation through the sitcom, Back to You where he portrayed the character of news director, Ryan Church.

Moving forward, in 2007, he appeared in Watching the Detectives in the supporting role of Mark. After that, he has made his appearance in more than 15 movies. Some of his movies along with the year and the character name are-

In 2009, he started his production work with the movie, The Lost Nomads: Get Lost! Later, he started producing the TV series like Gigi: Almost American, 1600 Penn, and The Comedians as an executive producer.

As of now, the producer is busy with his production of Central Park and The Hunchback of Notre Dame.

Besides being an actor and producer, he has contributed his voice to the characters like Olaf in At Home with Olaf, Chuck in The Angry Birds Movie 2, and Olaf in the video game, Disney Infinity 3.0.

Besides that, his earnings as a voice artist range from $22k to $594k.

His character of LeFou in the movie, Beauty and the Beast created quite a headline in the media.

The controversy started due to the 3 second screen time where LeFou was dancing with men.

Josh Gad has brown eyes with curly short black hair. His height is 5 feet 6 inches and weighs around 98 kg.

Back in 2013, he lost 30 pounds for the movie, Jobs where he portrayed the character of Steve Wozniak.

He also has a self-titled YouTube channel with more than 347k subscribers.