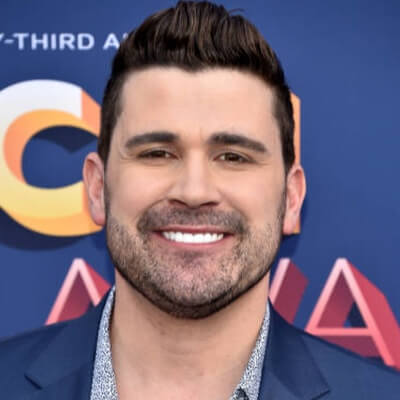 Josh Gracin is a married man. He is married to Katie Weir. The couple exchanged wedding vows on May 6, 2017, in a private ceremony in the presence of close friends and family. The couple dated for some time before getting engaged in October 2015. He released a single titled, ‘Nothin’ Like Us’.

On July 10, 2019, the couple announced Katie’s pregnancy. Weir gave birth to the couple’s first child, a baby boy on January 13, 2020. They named him Luka Roman Gracin.

After his relationship with his wife turned sour, he wrote a suicide note on Facebook. However, he later said it was a poorly worded separation letter to his then-wife. After some time, they divorced.

Who is Josh Gracin?

Josh Gracin is an American country music singer. He became well-known after finishing in the fourth-place in the second season of the American talent competition, American Idol. He is a former member of the United States Marine Corps.

Josh Gracin was born on October 18, 1980, in Westland, Michigan. As of 2020, his age is 39. He was born to parents, Mario(father) and Brenda Gracin(mother). He is the only male child of his parents and has four sisters. Stacy, Melissa, April, and Kristen.

During his childhood days, he listened to the Beatles, Elvis, and some other vintage rock and pop music on a local station. However, when he has 11, the format changed to country and since then, he started listening to country songs.

When he was in the eighth-grade, he made his first public appearance and sang Brooks’ 1993 hit song, ‘Standing Outside the Fire’.

Talking about his education, he went to John Glenn High School. Following his graduation from there, he joined Western Michigan University.

Josh Gracin auditioned for the second season of American Idol in 2003. The talented singer made it to the finals and came in fourth place in the competition.

However, because of his commitment to the United States Marine Corps, he became unable to participate in the Idol Finalists tour in different American venues.

Then, he went on a one year tour as a recruiter and made appearances at special events around America to promote the Marine Corps. He completed his fourth year of service and was honorably discharged in September 2004.

He signed a record deal with Lyric Street Records in 2004 and released his debut album, Josh Gracin on June 15, 2004. The album was certified gold. It’s first three singles all reached the top five on the Hot Country Singles & Tracks chart of the Billboard.

He released his second album, ‘We Weren’t Crazy‘ on April 1, 2008. The third release of the album reached a peak of number 10 on the charts.

In January 2010, he signed with Average Joe’s Entertainment. His first single under the record company, ‘Cover Girl’ was released in August 2010. On November 8, 2011, he released his third album, ‘Redemption‘.

Josh Gracin has an estimated net worth of around $2 million. There is no information about his salary. However, an average American musician earns around $42k yearly. So, he might also be earning somewhere in the same region.

“I’ve loved her for 17 years(referring to his then-wife, Ann Marie). I made mistakes… I admitted them, told her the truth and she turned her back on me when I needed her help the most… Please remember me as someone who gave his all in his music… Pray for my family as they carry on in this world without me. Goodbye.”

A family member reported it to the police and the police tracked him down and escorted him to the hospital. Four hours later, his manager revealed to his fans that he is safe. Later, on Facebook, he apologized to everyone and admitted that he was getting help.

He has brown hair and a pair of brown eyes. However, there is no information about his height and weight. He has not revealed his body measurements.

You may also like to read about the Bio, Career, Net Worth, Body Measurements, Relationships, and more about Kelly Clarkson, Chris Daughtry, Laine Hardy, and more.