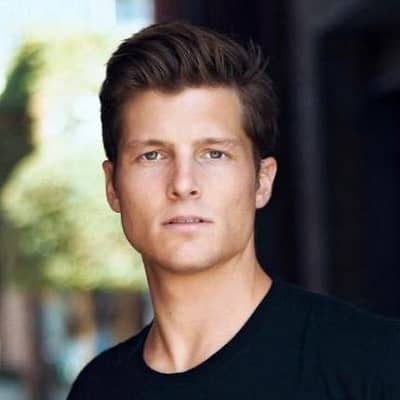 What is the relationship of Josh Herbert?

Josh Herbert is a married man. He exchanged vows with Abbie Herbert. The wedding took place on 12 July 2019.

The couple started dating in November 2015. However, they first met in the year 2013 on the set of Josh’s music video. After dating for four years, they got married on July 12, 2019.

His wife is a social media star and has over 552k followers on Instagram. This couple will soon welcome their first child, a daughter. They welcomed their daughter named Poppy James in May 2021.

TikTok Stars Josh and Abbie Herbert Expecting Baby No. 2 with her husband in September 2022. They are expecting their second child in 2023.

The couple also has a dog, Nate.

Who is Josh Herbert?

Josh Herbert is an American music artist. With his amazing voice, he has sung songs like Grind On Me, Rolls up, and many more.

He is mainly associated with music genres like Country and Pop. He was seen as an extra in the film Foxcatcher (2014).

Josh Herbert was born on April o1 1990, in Pittsburgh, Pennsylvania, USA. His mother and father are general contractors but their names are unknown.

He belongs to a Caucasian ethnic background and has two sisters which are older than him.

Regarding his academic information, he attended Slippery Rock University. From here, he got his bachelor’s degree in art in 2012.

Josh Herbert from his childhood was interested in music and started to learn guitar from the age of 10. Then when he became 12 years old, he started to record songs. The first band he joined is Restraining Order then he joined Brunch Sounds Great.

Josh’s debut single was California in which Perez Hilton also appeared. In 2015, he was invited by the band Dixie Chicks and in the same year, he released his EP American Rose.

Some of his songs are Grind On Me, Roll up, and Wide Awake.

Besides singing, Josh is also a great athlete. he has served four years by being an assistant captain of an Ice Hockey team. He also played Ice Hockey for North Pittsburgh Wildcats, North Allegheny, Junior B Penguins, and Slippery Rock University.

This musician has an estimated net worth of $2 million US as of 2022. But details about his salary and earnings are behind the curtains.

Is Josh Herbert involved in any rumors and controversies?

This talented musician is doing great in his personal and professional life and is not surrounded by any scandals or rumors.

Regarding Josh Herbert’s body features, he has light brown eyes and dark brown hair. His height and body mass are unknown.

Similarly, his Instagram is followed by around 255k people and his TikTok account has over 1.1 M fans.