Best known for his role as Peeta Mellark in The Hunger Games film series.

Who is Josh Hutcherson in relationship with?

Josh Hutcherson is an unmarried actor.

He has been in a number of relationships in his life. From 2003 to 2006, he was in a relationship with Shannon Marie Wada. After that, he began dating American actress Victoria Justice in 2008.

They broke up the following year. In late 2009, he began dating Rochella Danishei. The couple was together for two years and they broke up in 2011.

He also dated a girl named Lanchen Mihalic in 2011 and actress Vanessa Hudgens later that year. Josh is currently in a relationship with the beautiful actress Claudia Traisac.

The couple began dating each other in 2013. They have been together for four years now and their relationship is going very well. 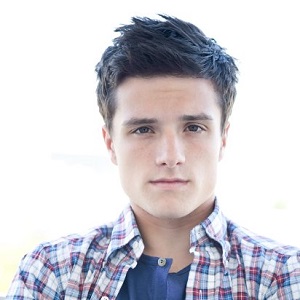 I don't think I've had love at first sight. But, I've definitely had moments where I've seen a person, and I'm like, 'Wow, there is something different about you, and I really want to get to know you

Working with amazing people, you continue to learn and develop yourself, as an actor and as a person

Well, food's always the way to anybody's heart, I think, guy or girl.

Who is Josh Hutcherson?

Josh Hutcherson is an American actor. He is best known for his role as Peeta Mellark in The Hunger Games film series.

He won a CinemaCon Breakthrough Performer of the Year Award in 2012 for his role in The Hunger Games. Hutcherson is also famous for his role as Sean Anderson in Journey 2: The Mysterious Island (2012).

Josh is an American by nationality and he is of English, Scottish, German, Irish and French ethnicity. He is the elder son of Michelle Hutcherson and Chris Hutcherson.

His father is an analyst for the United States Environmental Protection Agency (EPA) and his mother is a former Delta Air Lines employee. He has a brother named Conner Hutcherson.

Josh attended New Haven Elementary School in Union. After that, he returned to Kentucky to attend Ryle High School for one semester.

Josh began his career appearing in commercials at a very young age. He appeared in several commercials and minor film and television roles before landing his first major role as Nicky Harper in the 2002 series House Blend.

In 2011, he landed the leading role of Peeta Mellark in the box office record-setting film series The Hunger Games. For his role in The Hunger Games, he won three MTV Movie Awards and a People’s Choice Award.

Josh Hutcherson: Salary and Net Worth

The actor Josh Hutcherson has a net worth of 20 million dollars but his salary is not revealed yet as of 2022.

Rumors were that Josh was in a relationship with actress Anna Sophia Robb in 2007. He was rumored to have hooked up with actresses Chloe Bridges and Francia Raisa in 2012.

How tall is Josh Hutcherson?

Josh has a height of 5 feet 7 inches. His body weighs 68kg. He has Dark Brown hair and Hazel eyes.

Summer Bishil had a very rough childhood and early life. Had to migrate during 9/11 attack. How did she come to showbiz?