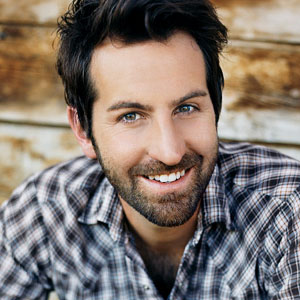 Josh is a married man as of now. He is married to beautiful and the talented actress, Katherine Heigl. They met when Katherine was appearing in his song’s music video in 2005. After a year later in June 2006, they got engaged. Finally, on December 23, 2007, they tied the knot. The couple has three children together. They are named Nancy Leigh Kelley, Adalaide Marie Hope Kelley, Joshua Bishop Kelley, Jr. Nancy is not their biological child but was adopted from Korea.

Who is Josh Kelley?

Georgia-born Josh Kelley was born as Joshua Bishop Kelley is a popular country, blues, and a pop-rock singer. He is one of the popular country singers of this time. Furthermore, he is also a songwriter and musician. He is active in this field since 2001. Presently, he is a prominent figure in the media for his songs like “Amazing” and “Only You”. These songs made in the top ten on the chart.

Josh was born in Augusta, Georgia. Born on January 30, 1980.  He possesses American nationality and his ethnicity is North American.

He was born to parents, Gayle(mother) and Dr. John W. Kelley(father). John is a cardiologist by profession. He started singing at a very young age. Furthermore, he formed a band with his brother Charles Kelley in their teenage period. Charles is one of the members of trio country band, Lady Antebellum.

As per his education, he went to Lakeside high school. Later he graduated from there in 1998. He played guitar during his high school days. Afterward, he joined the University of Mississippi in Oxford, Mississippi for his further education.

Josh is a singer/songwriter and musician by profession. His musical career initiated at an early age of 11. He formed a band with his brother, Charles in his teenage period named, “Inside Blue”. Discussing his official music career, he released his independent album, “Changing Faces” in 2001.

The next year he signed to Hollywood Records. Later in 2003, he released his album, “For the Ride Home”. The album included a hit song, “Amazing”. This song made into the top ten charts. He went on working hard. Afterward, in 2005, he released his second album, “Almost Honest”. The song, “Only You” from this album became a hit. Similarly, he has done several tours like, “Own the Night Tour”, “Revolution Tour”, and others. Additionally, Josh, with his band also released albums like, “Georgia Clay”, “Special Company”, “To Remember”, “Just say the Words”, and others. Also, he has directed some of his music videos.

Presently, he earns a pretty good amount of salary from his music career. Consequently, his net worth is estimated at around $5 million.

Josh avoids the topics that drag him into media controversies. Presently, there are no rumors that surround his personal and professional life.

Josh stands tall at a height of 6 feet 2 inches. He has black hair color and his eye color is light brown. There is no information about his body weight and shoe size.

Also know more about the early life, career, net worth, relationships, and controversies of other singers, songwriter, and musicians including Bebe Neuwirth, Fatboy Slim, Nick Rhodes, and Jack McManus.

Katherine Heigl revealed that she loves her family more than anything as well as she wants a Korean child!

Katherine Heigl living her happy life with Her Diverse Family having Grown up in one: ‘Is So Much Better Than I Could Have Ever Imagined’