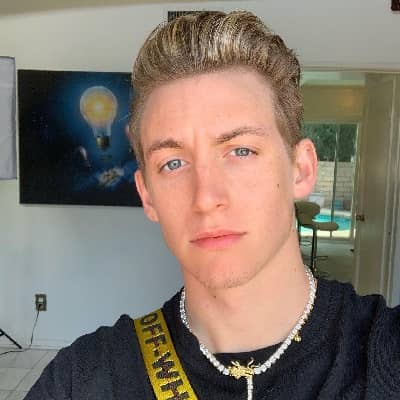 Josh Killacky is currently taken. He is in a relationship with Erica Klein. Erica is also a dancer and choreographer. The couple dating each other since 2018.

Furthermore, he mainly posts his dance video with Montana Tucker and Ariana Grande.

Josh Killacky is an American professional dancer, choreographer, actor, and director by profession.

The dancer was born on December 4, 1995, in Chicago, Illinois, USA. She is of American citizenship and belongs of Caucasian descent.

He features her mother in his social media handles but has never disclosed her parent’s detailed information to the public. However, his father passed away when he was 16 years old. He has a sibling a sister whose name is unknown at the moment.

Talking about his academic background, he studied at the Chicago Academy of the Arts High School. During high school, he was technically trained in jazz, ballet, and modern dance.

In August 2011, Josh moved to North Hollywood to pursue his dream along with his mother and sister. Then, he got his first big break when he got signed by ‘McDonald/Selznick Associates.’

After that, he began working with fellow choreographer David Moore and became associated with the group BotBroz. He is the lead dancer and assistant choreographer of the group, BotBroz. The group released their cover dance video on the song ‘What Do You Mean / Epic Hoverboard Dance Cover @justinbieber’ on October 1, 2015.

The video went viral and has over 4.7k views to date which is directed by David Moore. Similarly, he has collaborated with choreographer Tricia Mirandan, professional dancer Chelsie Hill, and dance star Jade Chynoweth.

On the other hand, he is also a choreographer who had choreographed various bands and artists like New District, Nia Soux, and more. He made his debut direction through the short film, ‘When is too late’ in 2016.

He has been appeared in the movie like, ‘One Shot’, ‘East Los High’, and has been part of games like the ‘Just Dance Video Games’ and ‘Disney’s 2015 Dance Party’. Currently, he is more focused on his music career and his recent music video is ‘Talk Boy’ ft. BluPrint.

The dancer keeps himself away from any sorts of disputes and scandals so as of now, he doesn’t seem in such controversial acts.

Josh’s main source of income is his profession as a dancer. He also chorograph and directed the videos. In addition, he earned through his own merch.

However, he hasn’t yet disclosed his net worth, salary, and real estate. Besides, he earns around $26 to $419 per month through his Youtube channel. The estimated amount will be around $314 to $5k per year.

The dancer is 5 feet 5 inches tall unfortunately his weight is unknown at the moment. He has blond hair color with blue pair of eyes.

Furthermore, his other body measurement is unavailable.

On her Youtube channel, she uploads her dancing videos, fashion & beauty videos, and more.