Josh Klinghoffer is a multi-instrumentalist musician and producer. 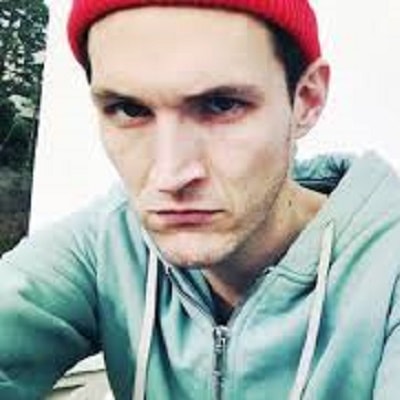 Dot Hacker, to me, sounds like a collection of all my tastes. I hear four people trying to fill up as much space as they can.

The Chili Peppers have a real strict two-week on/two-week off policy - aside from me, everybody has families.

I'll try not to let a day go by without making a song. I don't think I've created a lot of music.

Josh Klinghoffer is possibly single or there is not much-known information about his love life. He might be busy in his career. Previously, he was in a relationship with singer PJ Harvey in 2004 for over a year.

Who is Josh Klinghoffer?

Josh Klinghoffer is an American multi-instrumentalist musician and producer. He is a member of the Red Hot Chili Peppers band as a lead guitarist since 2009.

Moreover, he has recorded two studio albums, I’m with You and The Getaway, with the band Red Hot Chili Peppers.

Also, he has collaborated with artists such as including the Butthole Surfers, Vincent Gallo, Sparks, PJ Harvey, Beck, and Golden Shoulders.

Josh was born on the 3rd of October 1979, in Los Angeles, California, United States of America. He was born to parents Steven Klinghoffer and Kathleen Klinghoffer. He is the only child of his parents.

His paternal grandparents were Leonard Klinghoffer and Elaine Wiener and his maternal grandmother was Rosanna “Nancy” M. Brady.

Josh holds American citizenship but his ethnicity is a mix of Irish and Ashkenazi Jewish.

He dropped out of formal education at the age of 15 and started pursuing performing and recording music in Los Angeles for the band The Bicycle Thief.

Josh is a self-taught musician as he learned how to play guitar and keyboard player on his own and took drums class when he was young.

As a member of the American alternative rock band The Bicycle Thief, Josh released his first studio album “You Come and Go Like a Pop Song…” in 1999.

Klinghoffer and then-Red Hot Chili Peppers guitarist John Frusciante released as a John Frusciante solo release in 2004, entitled Shadows Collide with People. He continued to assist Frusciante in the studio until the first six months of 2004. In the same year, he also made his appearance on former bandmate Bob Forrest’s latest studio album with Thelonious Monster, California Clam Chowder.

He worked with a band named Gnarls Barkley from 2006 to 2008. In 2008, he founded his own band, Dot Hacker. He is the primary songwriter, singer, rhythm guitarist and pianist of his own band.

In 2011, he dropped his first album I’m with You along with the band Red Hot Chili Peppers. In 2011, he appeared on The Jonathan Ross Show as himself.

He has an estimated net worth of around $10 million and he has earned that sum of money from his professional career.

He has a height of 5 ft. 11 inches and weighs 75 kg. Also, Josh has dark brown eyes and light brown hair.